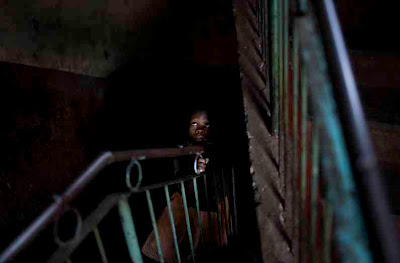 Photograph © David Rochkind-All Rights Reserved
David Rochkind is based in Caracas, Venezuela and covers news and produces feature stories all over Latin America and elsewhere. His images and stories have been published by The New York Times, Time magazine, Glamour, Stern, The Observer's Sunday Magazine and CARE.

He was chosen as one of Photo District News' 2008 New & Emerging Photographers To Watch.

Although most of David's portfolios are of Latin or Central America, I chose his powerful portfolio of images made in the urban slums of Mathare, Kenya to highlight on this blog. Has the fact that our President-elect has Kenyan parentage influenced me? Perhaps.
Posted by bella at 4:00 AM