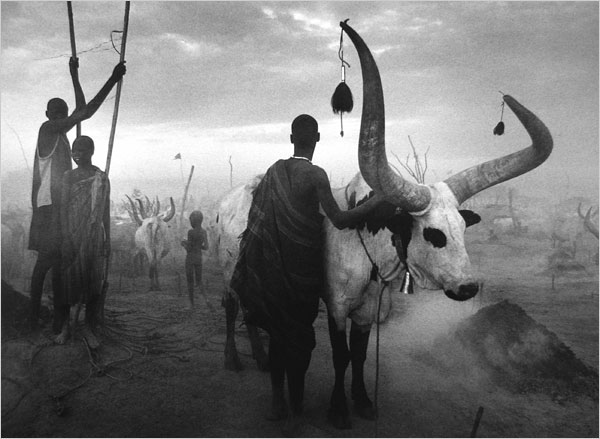 © Sebastião Salgado -All Rights Reserved
The New York Times seems to have caught a photojournalism bug these days. Its photographic offerings are getting better by the day. The recent launching of its LENS blog as well as the ever improving One in a Million multimedia series, have made it a must-go-to destination for photo journalistic fix.

It just published an interesting article entitled Back to Nature, in Pictures and Action on the famed photographer Sebastião Salgado written by Jori Finkel, as well as a gallery Nature, Nurtured of his photographs.

Mr Salgado is working on his epic environmental 8-year project named Genesis, and for which he travels to remote jungle and desert locations. He's photographing the most unspoiled parts of the planet, and visited the semi nomadic Zo’e tribe in the heart of the Brazilian rain forest, trekked desolate stretches of the Sahara, and spent two months in Ethiopia, hiking from Lalibela into Simien National Park to shoot the mountains, indigenous tribes and rare species of animals.

His goal for “Genesis” is to produce a total of 32 visual essays, which he hopes to display in major public parks as well as at various museums starting in 2012.

In my view, one of the best photographers of his generation, if not more. Quite a number of posts on this blog were on Mr Salgado and his photographs, such as Ethiopia's Nomad Warriors, and Amazon Tribes.
Posted by bella at 3:15 AM