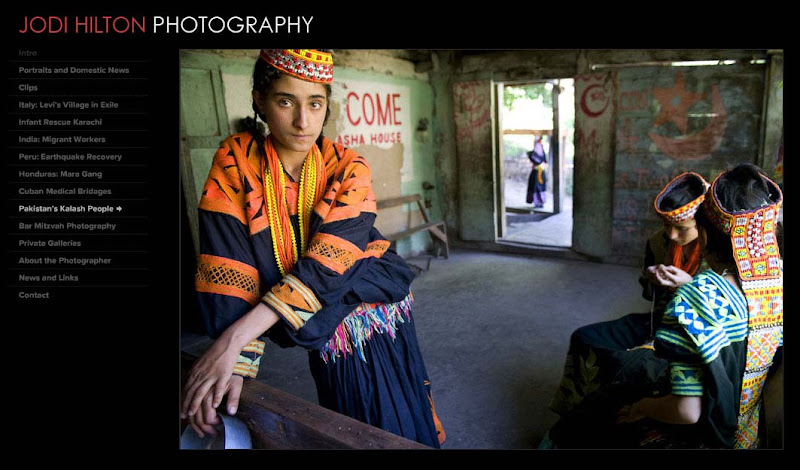 With all the news of Pakistan these days, I thought I'd feature the work of a talented freelance photographer which documents the life of the Kalash people.

Jodi Hilton is a freelance photojournalist based in Cambridge, MA. She works for newspapers and magazines such as The New York Times, People, TIME, The Guardian and others. In 2002, her Master's project Return To Eboli was published in the National Geographic Italy.

Jodi has a number of galleries on her website, but the one that attracted my attention is the one of the Kalash culture. The Kalash are an ethnic group of the Hindu Kush mountain range, residing in the Chitral district of the North-West Frontier Province of Pakistan. They speak the Kalash language, a member of the Dardic family of Indo-Aryan. Non-Muslims, the Kalash adhere to their own religion, whose mythology and ritual strongly resemble those of the Vedic (Hindu) Indo-Aryans and the pre-Zoroastrian Iranians.
Posted by bella at 3:50 AM