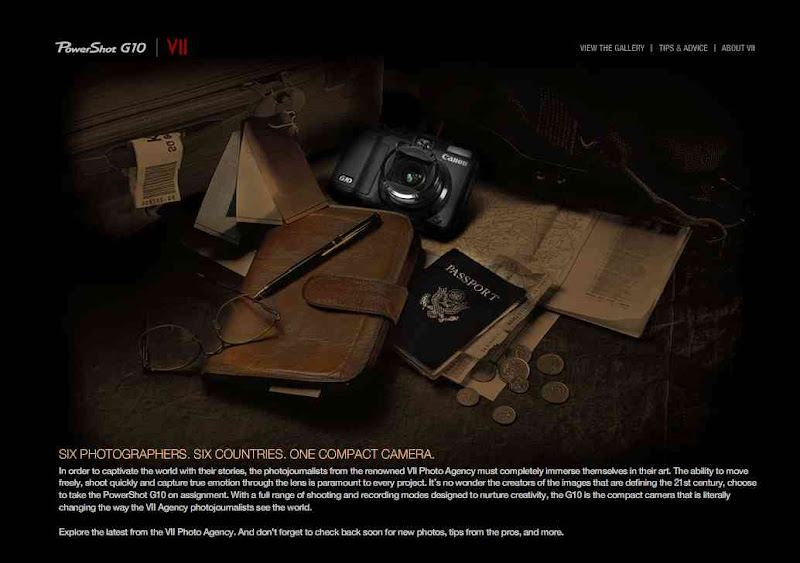 Technically, the advert is flashy and very well made, however the tips offered by both Gary and Antonin seem to be targeted at an audience who, despite the VII info, may not really know who they are...except that they're working photographers peddling a Canon camera.

Since the ensuing debate on this advert on the internets will also be entertaining, I have no intention of commenting any further, except as I already have.
Posted by bella at 3:36 AM