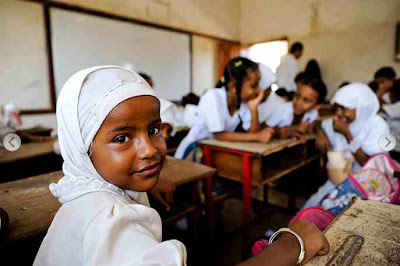 © Micah Albert-All Rights Reserved
I always thought that the BBC website was created and administered by a tea-lady who's a dead ringer for Terry Thomas.

However, having been alerted by Benjamin Chesterton's post over at the excellent duckrabbit, I now realize there are stirrings of modernity, and someone may have finally found the nerve to tell the omnipotent tea-lady that size does matter after all. Some of the photographs on the BBC site are now displayed in a larger format and at a higher quality.

Micah Albert's photographs of Somali refugees arriving in Yemen is one of the first BBC photo essays to appear in the larger size. Not as large and not as many as those appearing on The Big Picture blog or the WSJ's Photo Journal, but a step in the right direction.

The BBC's picture editor Phil Coomes has just started a blog called Viewfinder, which deals with the world of photojournalism, photos in the news and BBC News' use of photographs. Perhaps he'll introduce some more large sized eye candy imagery to the BBC's website.
Posted by bella at 12:05 AM