POV: Yes, I Have A Name. It's Mohamed Shaglouf! 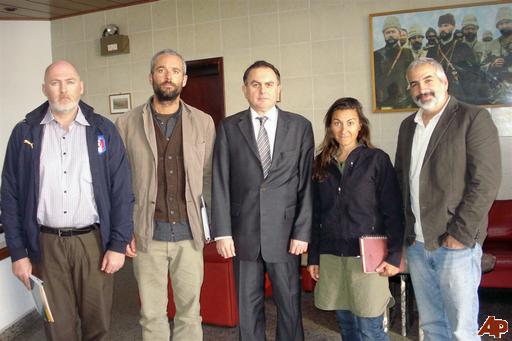 "From the pickup, Lynsey saw a body outstretched next to our car, one arm outstretched. We still don’t know whether that was Mohammed. We fear it was, though his body has yet to be found."

We all remember the relief that the photojournalism/media felt when Stephen Farrell, Tyler Hicks, Lynsey Addario and Anthony Shadid were freed from their brutal ordeal at the hands of the pro-Qaddafi military.

Those us who have long memories also recall that the photojournalists' Libyan driver was named in the various articles that reported on the event as Mohammed, or "the driver", if at all. I wrote a blog post lamenting the fact that Mohammed's last name was unknown, despite his probable end at the hands of the Libyan loyalists.

Felix Salmon of the Reuters blog has written The Hermetic & Arrogant New York Times which, among many targets, aims at Bill Keller's (the NYT's editor) by writing this:

He (Keller) talks at length about Hetherington and Hondros, and about other photographers, like Joao Silva, who parachute in to war zones, meet fixers, get their shots, and then move on to the next job — if they don’t get their legs blown off in the process. He writes movingly about NYT photographers Tyler Hicks and Lynsey Addario, who were brutally treated in Libya but survived; he doesn’t mention their driver, Mohamed Shaglouf, who almost certainly didn’t.

For the life of me, I can't understand why he didn't. Is it tribalism, elitism, myopia, "i don't give a shit" about non NYT people...or non-Americans?
Posted by bella at 3:03 AM