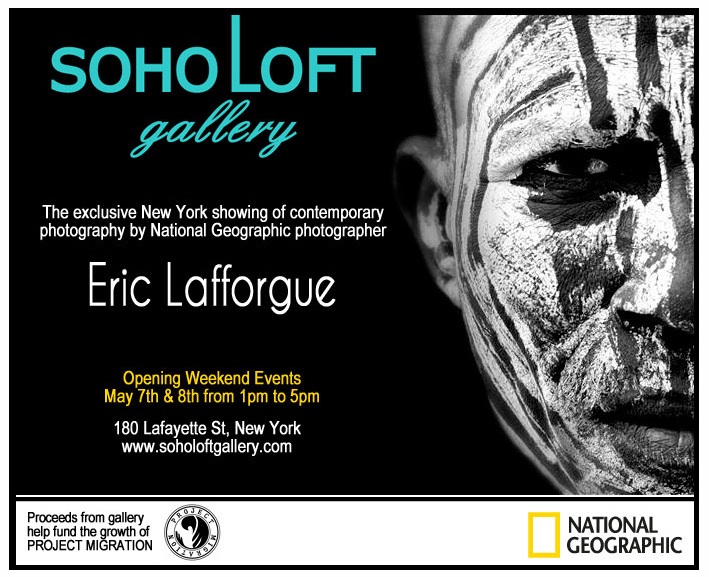 I'm very pleased that Eric Lafforgue's photographs will be on exhibit at the Soho Loft Gallery in New York City with weekend events scheduled for May 7 and 8. I will try to drop by on either of these dates to see them by myself.

Eric Lafforgue is a French photographer who started photography in 2006.  Magazines and newspapers from all over the world began using his work for illustrations on North Korea, Papua New Guinea, the tribes of Ethiopia, etc. His work also appeared on multiple National Geographic covers and featured  in The Economist, CNN Traveler and many other travel magazines worldwide.

I consider Eric Lafforgue to be one of the best ethnologist-photographers, and I posted on his work a few times here. Apart from his stunning website, he also posts much of his work on Flickr, and I never understood the reason since by uploading images to it, he is granting the site a non-exclusive, royalty free license.

Note: Eric just advised me that a significant portion of his sales of photographs originate from his Flickr account. For him the formula works perfectly!
Posted by bella at 3:01 AM