I first found out about the Garant axes from a friend who writes The Sharpened Axe blog. He mentioned that he had heard that these were the axes most used by loggers in Canada. I searched all over the place, but could not find their axes anywhere in the US. Fortunately, one of my readers from Canada, Glenn, saw that and took it upon himself to try to get me some Garant axes. Thanks to his amazing efforts, I was able to get my hands on two Garant axes. Thanks Glenn!

Garant used to be an independent axe manufacturer in Canada, founded in 1895. It appears that now they are a branch of Ames True Temper. They make a number of different axes under the Garant name. 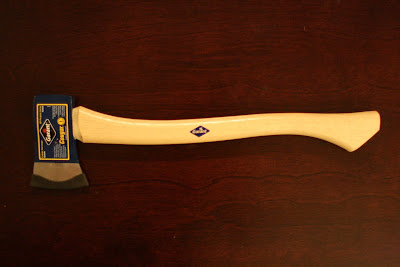 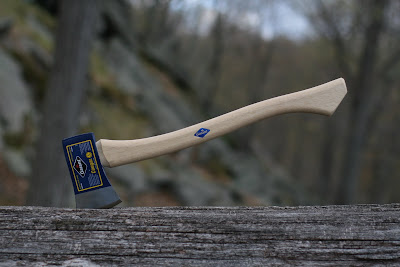 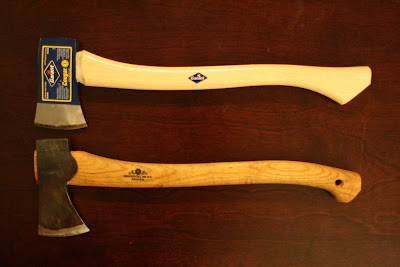 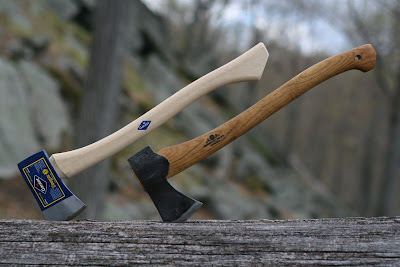 The handle of the Garant axe is of very low quality. The grain is almost horizontal, and the fit and finish is quite rough. In fact, after some use, a small split developed at the edge of the handle-nothing that would impair its use, but the quality is certainly low. The handle also enlarges unnecessarily at the end. This is a feature of most axes, but this one is just a bit too much. 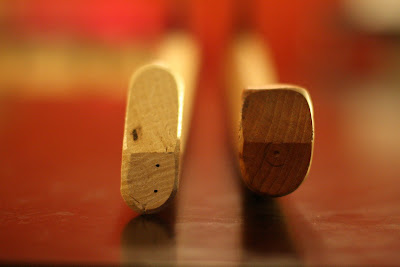 The head of the Garnat axe is about as wide at the eye as the Small Forest Axe. The head however s shorter, creating a much more triangular shape. The cheeks expand rapidly, creating an axe that at first look appears to be more directly suited for splitting than chopping. It is very similar in design to the Bahco axe I reviewed recently. 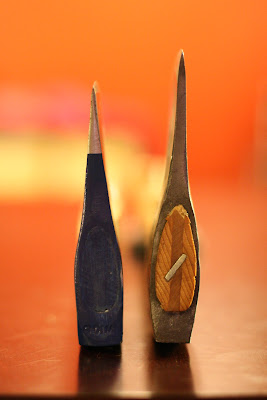 The head is attached to the handle using a wooden wedge, and probably some epoxy. The bit has a rather prominent flat grind. Additionally, because of its relatively short length, the balance of the head is quite good. 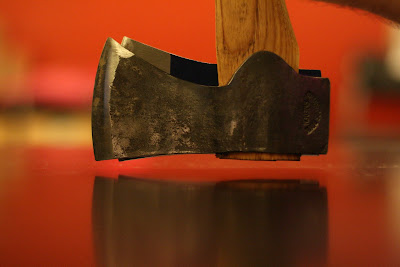 When I took the axe out for testing, I was certain that the performance would be less than ideal. I expected results very similar to those I got from the Bahco axe because of the similarly wide head design. When I started chopping, I was very surprised to see the results. 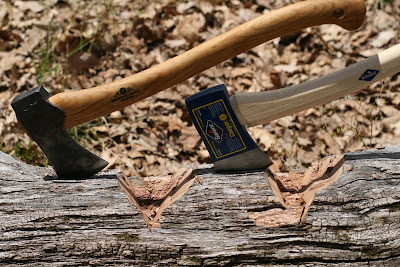 The Garant axe kept up quite nicely with the Small Forest Axe. After 25 swings in some oak, the dept of the cuts looks about the same. It took me some time to figure out how that would be possible. I even went back and re-tested the Bahco axe to see if I somehow messed up that test. The Garant easily outperformed the Bahco. The chopping ability of the Garant seems to come from the flat grind of the bit that I mentioned earlier. Even though it has the same overall shape as the Bahco axe, the bit is made much narrower by the flat grind. It is very similar to how the Fiskars axes get their performance despite having relatively wide heads.

The axe came with no sheath, but had a rubber guard on the blade, which easily falls off in the pack.

Overall, despite my initial reservations about he axe, it performed very well. The quality control is certainly not there. The execution of the design leaves a lot to be desired. I would certainly like to see a handle of better quality. That being said, for $30, you get some serious performance out of this little axe.
Posted by bella at 5:23 AM