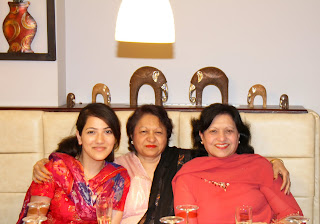 I was recently invited to the VIP Evening at Indigo Restaurant. My husband took the photographs and as you can see, we all had a wonderful time. The narrative is by one of the partner's daughters who has kindly written this Guest Posting. 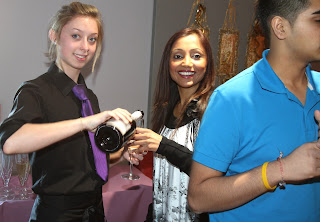 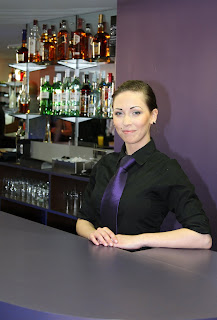 The restaurant concept - we wanted it to be funky, modern, yet unique in style and something to stand out. Although we chose vibrance as colour, we wanted private seating arrangements away from the outside life. As you may notice - we tried to prevent windows and made the restaurant enclosed from what is going on outside. Instead, we chose to select ideas and detail to catch the eyes of customers inside the restaurant. 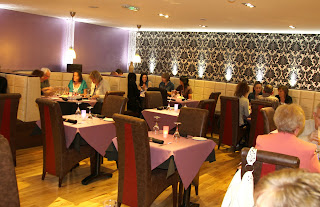 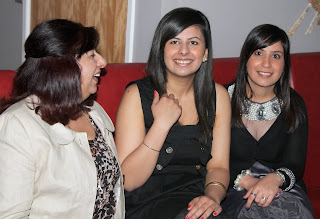 Interior and colours - the colours chosen came from the name itself, Indigo and led to a purple/blue theme, which just expanded with ideas. The Managers also travelled out far to explore different restaurants (the top ones), to see what they offered, so that we could be on a similar level. We wanted the interior to look different, unique and a style no one had seen before (especially locally). Again, much research was done to get the interior spot on.

The artist with some of her work which adorns the walls of the restaurant. 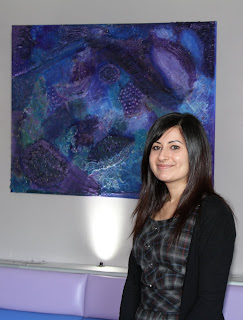 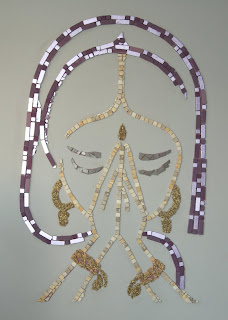 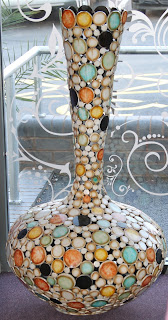 Food - the food served is a la carte, it was a buffet on the VIP evening though. All food is cooked from fresh including the desserts. The food on the menu includes Himalayan, Rajasthani and Jaipuri dishes and also dishes from some of India's biggest and famous cities. 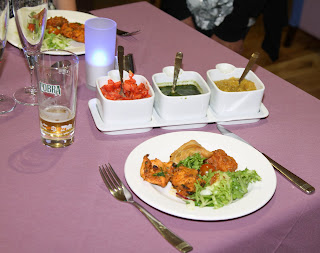 The chefs - there are several chefs with years of experience. They work fast and will only cook from fresh.