I previously reviewed the 2010 version of the Condor Bushlore. As you may remember, the review was not favorable. You can see it here. I found both the design and the quality of the knife to be much less than adequate. This year, Condor apparently took all the criticism to heart, and did a major overhaul of their products. The first one of the 2011 models I was able to find was the Bushlore. In this review I want to look at some of the changes from the 2010 model. 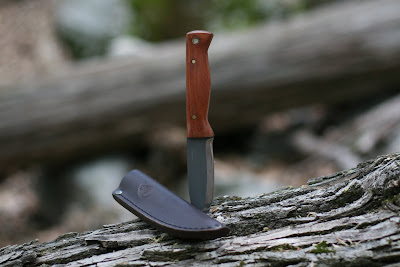 The knife comes in exactly the same sheath, which I actually like. The knife inside the sheath however is completely different. Here you can see the 2010 and 2011 Bushlore models side by side. The new 2011 model is the one on top. 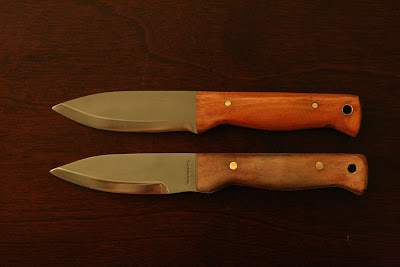 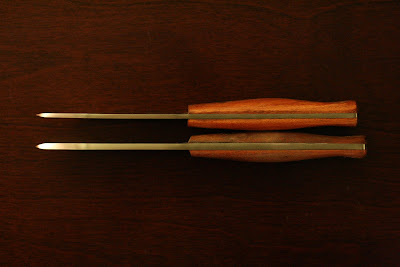 As you can see, there have been major improvements. In the 2011 model the edge has actually been extended all the way back to the handle, giving you over four inches of cutting edge. Contrast that with the 2010 model, where there was about an inch of unusable blade. Another major difference is that the blade is much thinner. This creates a more usable knife for general tasks and woodwork. Because the blade has been thinned out, the angle of the edge has also been decreased, allowing for a sharper knife. The edge is still slightly convexed, and will need to be touched up to get it optimally sharp. The handle has also been slightly shortened, and the finish of the wood seems to be of higher quality.

Most important of the changes with the 2011 Bushlore model is that the quality control seems to have been significantly increased. On my 2010 model, the edge was thrown on, and was completely out of alignment. This has been solved on my 2011 Bushlore. There are no production defects that I could see on my knife.

The knife still remains very robust. It went through a three inch piece of wood with ease. People sometimes forget that batoning is an issue not only of the strength of the knife, but also the thickness. A thicker blade will split the wood much more easily. In this respect the Condor Bushlore outperforms thinner knives such as the Moras. 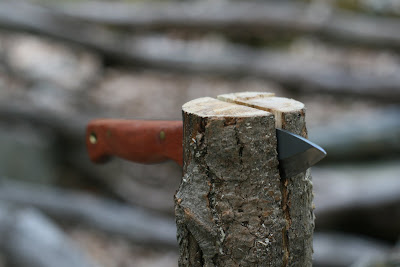 Similarly, the knife is robust enough to take a serious pounding into the wood without a problem. 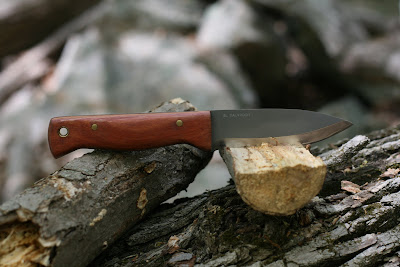 Even out of the box, the knife is sharp enough to work wood. It is not as sharp as it should be. The difference between the Bushlore and a Mora is noticeable in that respect. The edge of the Bushlore is thicker, but it also needs some good sharpening. 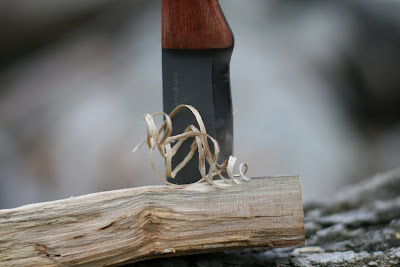 Overall, I am very impressed not only with this knife, but with Condor as a company. They seem to have actually listened to people and made significant improvements to their product. I can not wait to get my hands on some of the other examples. This is certainly not my ideal design for a knife, but if you like the Bushlore clones, this is an excellent one for the money.
Posted by bella at 10:04 AM