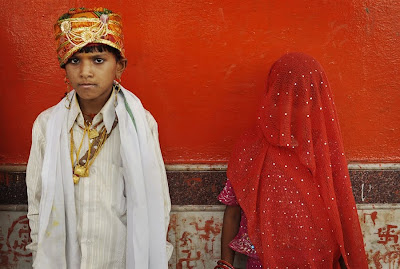 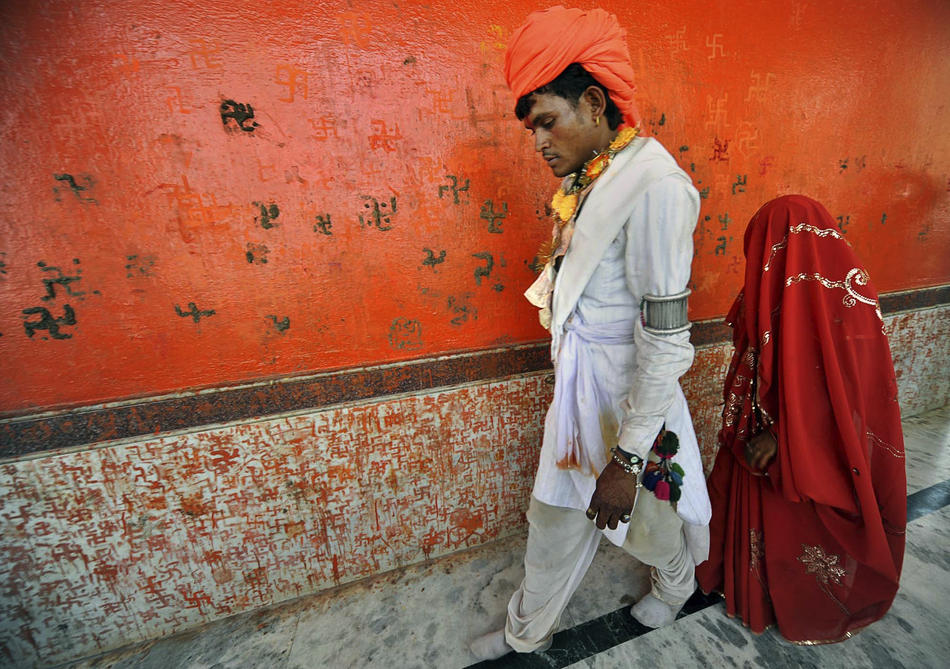 While Indian law sets 18 as the minimum age for a woman to marry and 21 for a man, underage weddings occur in rural areas, where the law is seldom observed.

Sociologists believe that child marriages originated 900 years ago with Muslim invasions of the subcontinent. Legend has it that invading armies -as was customary at the time- raped and carried unmarried Hindu women off as war booty, prompting communities to marry off their daughters almost from birth to protect them.

This tradition of child marriage, as many others considered by the Western world to be abhorrent, has also been created by necessity. In poverty stricken villages in the Indian subcontinent, Middle East and Africa, securing early marriages for daughters can mean the difference between subsistence and famine.
Posted by bella at 2:34 AM