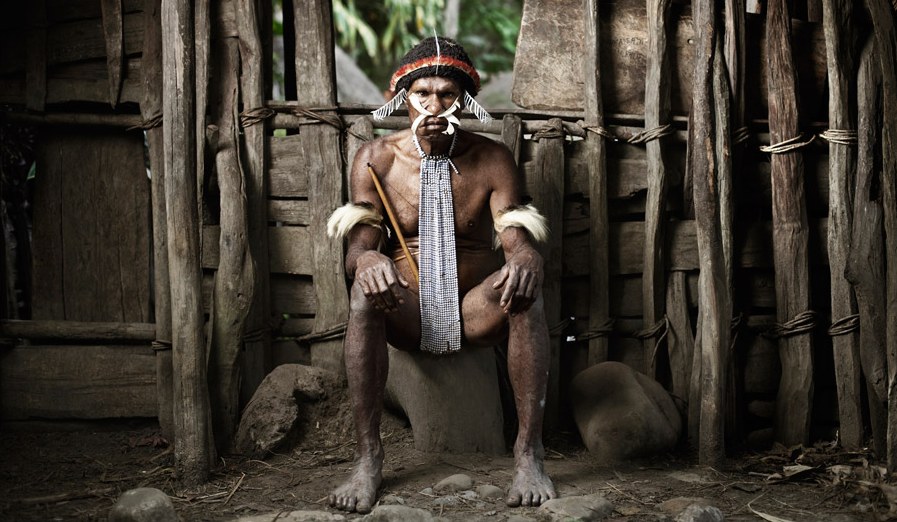 Photo © Diego Vergés-All Rights Reserved
Diego Vergés is back at it again, and has completed uploading a couple of new galleries on his website. This time, the photographs (color and B&W) were made during Diego's recent West Guinea adventure in the Baliem Valley.

The Baliem Valley is also known as the Grand Valley, and is located in the highlands of Western New Guinea. It is occupied by the Dani people who are the subject of Diego's cameras and who, because of the impenetrable territory, were only discovered in 1938.

I ought to mention that Diego self-finances these trips, and has just spent 4 months in Indonesia and the Philippines. He tells me he has taken 17 local flights, and engaged a large number of porters for his lighting gear and other photo equipment in Papua and Siberut....all out of his own pocket. Incredible!

While I've posted three of Diego's Mentawai photographs in my last post, I've restricted this post to only one image so you'll have to drop by his website, and check the rest yourselves.

By the way, I imagine that the scarf dangling from the Dani's neck in the above photograph is an intentional strategic decision to mask the man's penis gourd.
Posted by bella at 2:11 AM