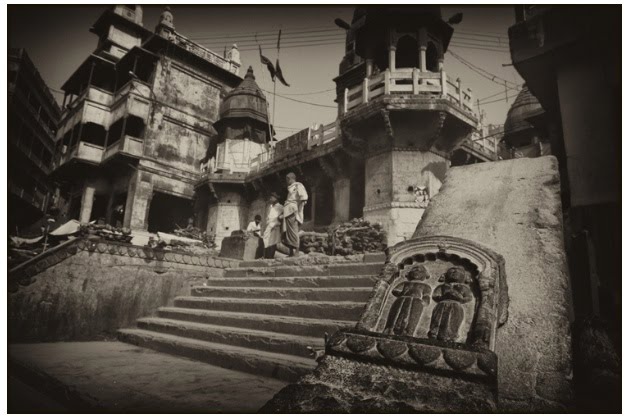 "Benares is older than history, older than tradition, older even than legend, and looks twice as old as all of them put together."

Varanasi (Benares) or Kashi is one of the oldest continuously inhabited cities in the world and probably the oldest of India, and is one of the most sacred pilgrimage places for Hindus of all denominations. More than 1,000,000 pilgrims visit the city annually. For centuries, Hindus have come to Varanasi, the holy city on the Ganges, to attain instant moksha, or "release", at the moment of death.

Steven is a freelance photographer, who was born in the UK, but considers New York City as his home. With a formal education as a lawyer, Steven interned with VII Photo Agency, and his work was published by a number of international publications and displayed in New York City, Miami, London and New Orleans. His work is currently represented by Lonely Planet Images.
Posted by bella at 2:27 AM