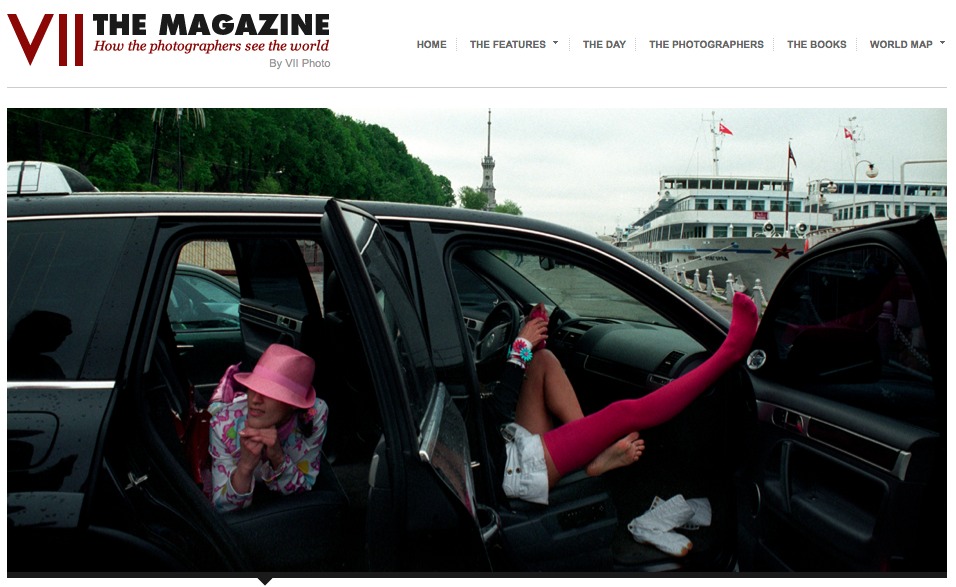 Here's an audio slideshow of photographs by Antonin Kratochvil titled "Moscow Nights" that takes us to Moscow's decadent underworld, which is the latest feature on VII Magazine. The images themselves are vintage Kratochvil; some of which are tilted to impart uncomfortable tension (and also to be different). Although he's known for his black and white documentary photography, a few here are in color, and all show the dissolute circus-like atmosphere of this other dimension. The accompanying soundtrack is of a popular Russian music played on the accordion.

The blurb that accompanies Moscow Nights suggests that it's hard not to feel "the raw edge and danger" that exists in that underworld.

I may be mistaken, but I haven't felt that at all. All I felt was disdain tinged with pity for the characters who live such an empty existence, and watching the slideshow reminded me of the decadent characters and atmosphere in Cabaret, the 1972 movie with Liza Minnelli and Joel Grey.

Moscow Nights is also a book soon to be available, and is described as "a voyeuristic tour through the decadence and hedonism of the new "Golden Youth" as they enjoy their spoils."
Posted by bella at 2:59 AM