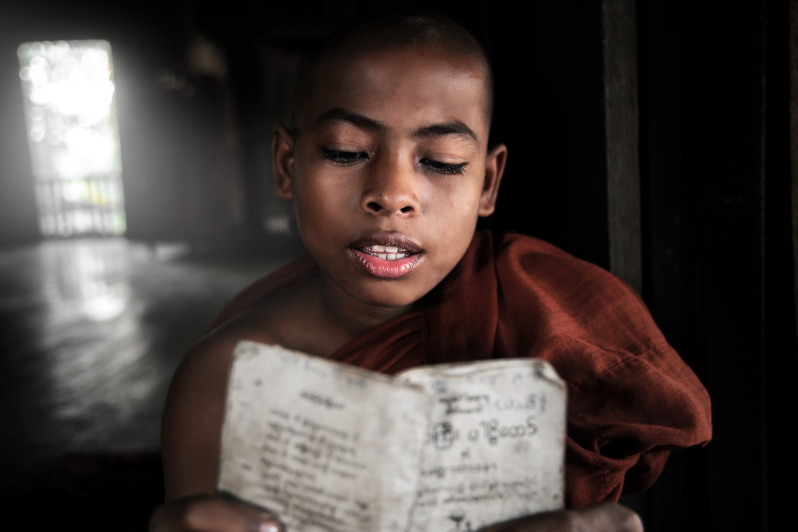 Photo © David Lazar -All Rights Reserved
Here's an introduction to David Lazar, a photographer and musician hailing all the way from Brisbane, Australia. With a long roster of awards under his belt, David was the Overall Winner in the 2009 Intrepid Photography Competition, won the Best Wildlife 2008 category and the Best Culture and Portrait 2007 category in the Peregrine Photography of the World Competition. He also won the Best Landscape 2007 category in the Intrepid Adventure Photo Competition, and was published in JPGMag, Intrepid Travel Magazines, Digital Camera, and Digital Photo of the UK.

He recently traveled to Burma, and returned with lovely images of this wonderful country and of its people. These images are grouped under a gallery he titled "Myanmar, Say A Little Prayer". Also explore David's other galleries of the Middle East and India.

David tells us that he was drawn to the designs of the Thanaka paste on the women and children’s faces. This is the traditional Burmese paste made the bark of trees and applied to the skin each day to keep it moisturized and protected from the sun. Thanaka has been used by Burmese women for over 2000 years.
Posted by bella at 2:31 AM