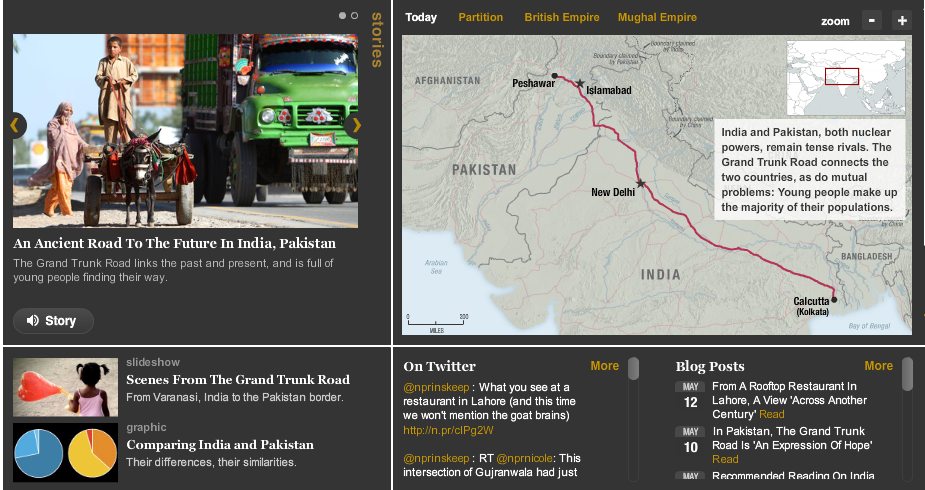 The Grand Trunk Road played an important role in India's history at every step of its way. Some 3500 years ago, with the Aryan invasion of the subcontinent, it served as a corridor starting at the Khyber Pass winding eastward between the Himalayas and the Thar Desert onto the Gangetic plain. Hinduism, Jainism, Sikhism, and Buddhism spread through it, and Muslim proselytizers traveled on it. Since 1947, Pakistan controls the 300-mile segment between Peshawar and Lahore, while the remaining 1,250 miles link six Indian states, making it lifeline of northern India.

Nowadays, the road used by Alexander the Great, Ibn Battutah, Mughals invaders and other conquerors and the just curious, is ruled by truck drivers roaring through countless tiny villages.

NPR features a hybrid multimedia project in which its journalists travel the route and tell the stories of young people living there, who make up the majority of the populations in India and Pakistan.
Posted by bella at 2:04 AM