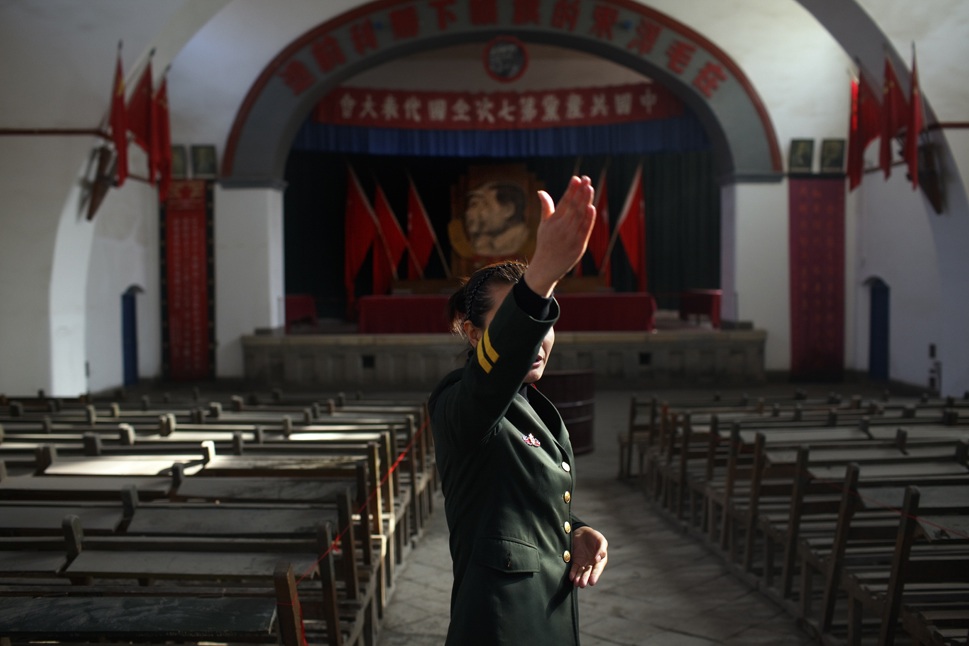 When one thinks of Foreign Policy magazine, large photographs and photo essays don't really come to mind...but that would be incorrect. The magazine regularly features photo essays from well-known photojournalist and, contrary to many online newsy magazines, does a nice job showcasing them in a large size.

This month, Foreign Policy published Maostalgia, a photo essay by Tomas van Houtryve, who traveled in the heart of China and found Mao's legacy in the most unexpected places.

For instance, he photographed in the town of Nanjie, where its government provides for all its citizens' needs, supplying them with everything from cough medicine to funerals.

A different take from the recent photo essays on glitzy China we've been accustomed to see, and which for the most part extol the virtues of the Chinese economy.

Tomas van Houtryve is a documentary photojournalist who spent much of the past five years photographing the few remaining countries still under Communist Party rule. His 2009 photo essay for FP on North Korea, "The Land of No Smiles," was nominated for a National Magazine Award.

More of his images on China can be seen here.
Posted by bella at 2:58 AM