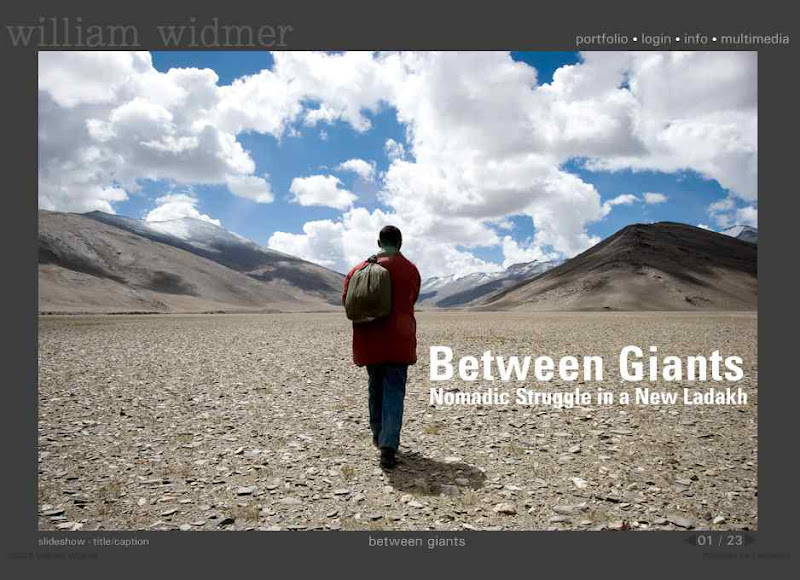 Here's Between Giants, a feature on a small community in Ladakh by photojournalist William Widmer.

The Changpa are one of several groups of indigenous nomads who inhabited the high plains of Ladakha for generations, and are finding their traditional way of life threatened by modernity and influx of tourism.

William Widmer is a freelance photographer based in San Francisco, who's interested in shifting concepts of community. While most of his work is focused on subcultures within the United States, he also produced photo essays (including multimedia) of India and others. He also works at liveBooks, a company that provides customized, editable websites for photographers.

Don't miss his Soundslides essay on SOFOSH, an NGO involved in childcare, adoption and foster care for children.
Posted by bella at 5:40 AM