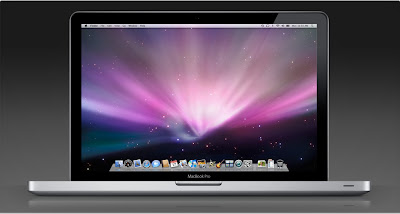 Apple announced yesterday new MacBook Pros, and what I liked in particular is the 13” MacBook Pro. I'm far from being a real gear head, but I salivate at the prospect of updating my aging laptop, and getting one of those, hooking it up to my Apple Cinema display and doing without my iMac desktop all together.

I'd say the 13” MacBook Pro is an ideal laptop for traveling photographers. It got a boost in its processor speed, Firewire 800, a SD Card Slot (pretty useless to me, but it's something that others who use them will like), and a reasonable $1200 for the entry level model. On the downside, I don't like the new built-in battery which will eventually require a trip to the Genius Bar to replace it.

Having said that, what about an Apple netbook?
Posted by bella at 5:18 AM