Tyler Hicks: The Battle For Pakistan 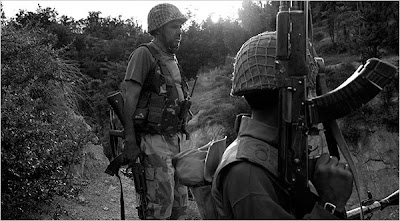 The title of the multimedia feature is The Battle For Pakistan; a title which I find rather exaggerated, as it really is about South Waziristan. Having said that, the area which may well be the toughest challenge for the Pakistani military in its war against an insurgency.

South Waziristan is home to Baitullah Mehsud, who -according to the accompanying article, leads the Taliban in the area and has engineered many suicide bombings in recent years.

The article by Sabrina Tavernise (and Ismail Khan) ends with an ominous quote by a top bureaucrat for the tribal areas, who says: “Militancy is like a monster. Even if only the tail is left, it will grow again from there.”
Posted by bella at 3:25 AM