There has been a lot of talk about the military surplus axes that are being sold by Sportsman’s Guide here. They are very reasonably priced, and appear to offer good performance. I was lucky enough to have a friend send me one of the axes he had purchased. I eventually ended up buying it from him. 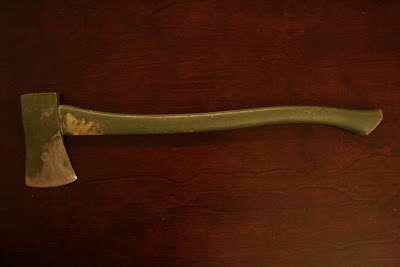 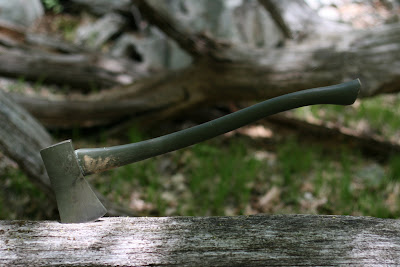 To begin with, this particular axe was manufactured by Hults Bruk for use by the Swedish military. If you purchase one of these surplus axes there is also a chance that you will get an axe manufactured by Gransfors Bruks. They are similar in size and weight, but have a different appearance. This one is clearly a Hults Bruk axe because of the stamp you can see on one of the sides. 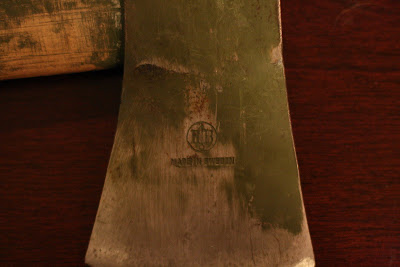 It is an axe commissioned by the Swedish military because you can see the crown marks on the other side of the head. 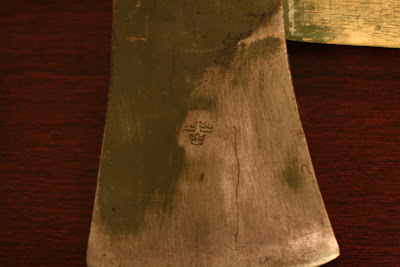 When it came to comparing the axe, it was hard to find a similar model that would be known to people. The axe has a rather heavy head for this handle length. Usually a 27 inch handle would have a 2.25 head, but this one is almost half a pound heavier. I decided to compare it to a current model Hults Bruk/Hultafors axe that I previously tested. At the very least it would show some changes in design. Here you can see the army surplus Hults Bruk axe next to the Hults Bruk Agdor HY 10-0,9 SV axe. 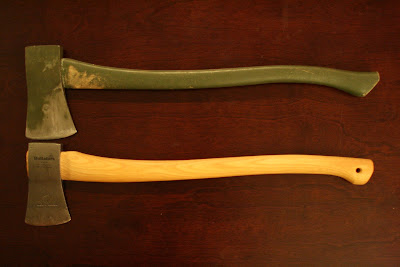 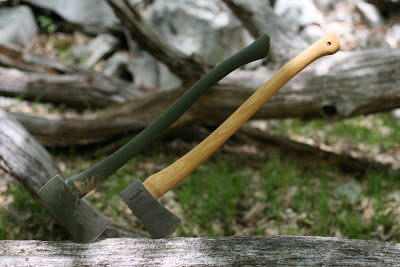 The handle has fairly good grain. The handle is well designed, and fits comfortably in the hand. It works very well with the heavier head. 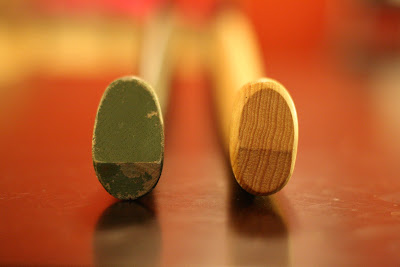 The head is attached to the handle using epoxy, unlike the new models. Even though it is a fairly old axe, the head had not moved. The head is very well designed and is very similar to that of the modern Hults Bruk axe. The main difference is that the surplus version has tapered cheeks, which were common on axes from that period. What I mean by that is that the cheeks thin out towards the top and bottom of the head. The intended purpose of this tapering is to reduce binding in wood. 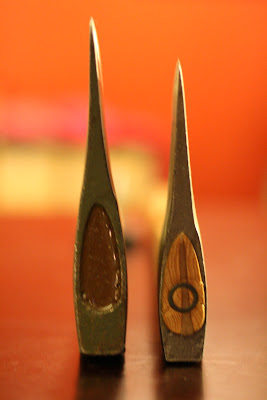 The temper of the surplus axe has actually noticeably softer than that of the modern version. It was quite easy to sharpen with a file. The profile was good, and did not require any serious work other than sharpening. 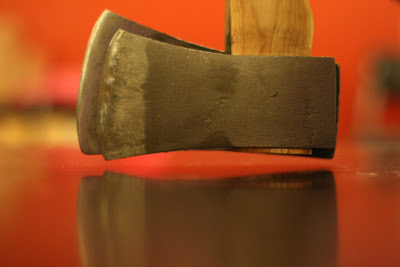 The axe also has good balance. It is not perfect, and I would have liked to see a shorter bit, which would have improved it, but this is still a very well balanced axe. 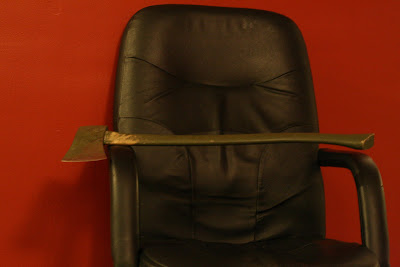 Overall, the performance of this axe was very good, certainly well worth $25. At first I expected it to be uncomfortable because of the heavy head, but during use all of the components of the axe worked seamlessly. It is still a bit too heavy for me to carry in a backpack, but it is still a fairly portable axe. Keep in mind however that these are military surplus axes. Not all of them will be in as good of a condition as the one you see here. You will be taking a risk buying a surplus axe online without first seeing it.
Posted by bella at 5:13 AM