Internal Structure of a Mat Tepee

This is an image of a tepee from the Northwest Pacific region. It shows a mat tepee being put together, so we are able to glance at the internal structure of the dwelling. 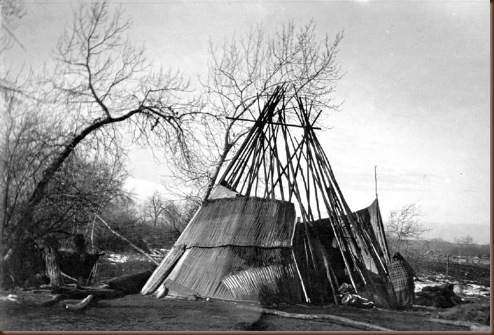 Note that it is not formed like we most often see depicted, with poles just coming together at a central point at the top of the tepee. There appears to be a frame with internal supports and a ridge beam on which the poles forming the sides are then placed. This allows for the structure to be expanded from what we customarily see as a tepee, into a long house like this one belonging to the Nez Perce Chief Joseph from the same region. 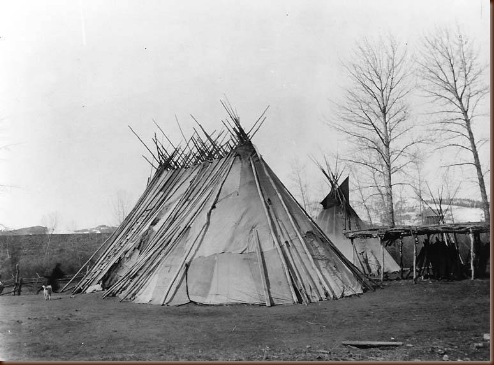 The second image was taken by Edward Latham ca. 1901.