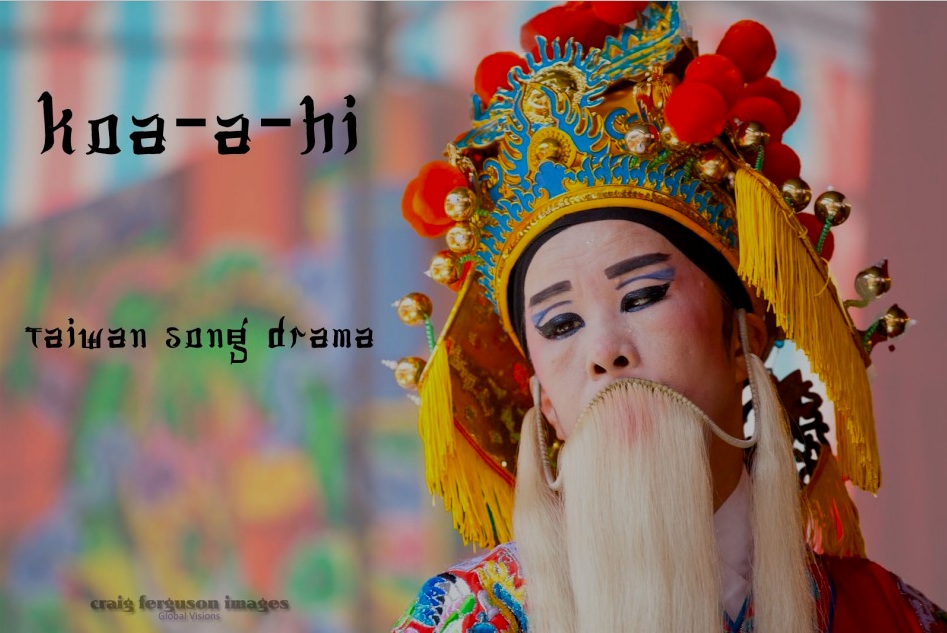 He recently produced an audio slideshow of the Taiwanese song drama known as Kao-A-Hi, which was one of the featured events at the Taipei City God festival.

Kao-A-Hi literally means "song-drama", and is the only form of Han traditional drama known to have originated in Taiwan. Taiwanese opera, like other forms of Chinese opera and theater around the world, often uses cross-dressed performers specifically women portraying male roles. The first recorded instance of opera being performed in Taiwan was in 1624. Interestingly, there is no script in Taiwanese opera, since actors in the past were illiterate.

Originally, traditional Taiwanese opera themes involved historical events, tales of gods and spirits, and stories of swordsmen and heroes. However romance stories, and love and hate themes, as well as comedic farces are currently more popular.
Posted by bella at 3:00 AM