The Mora 511 is the remaining production version of one of my favorite knives, the Mora 510. It is identical to the now discontinued 510, except for the fact that it has a rather prominent finger guard. I thought it was worth a review. 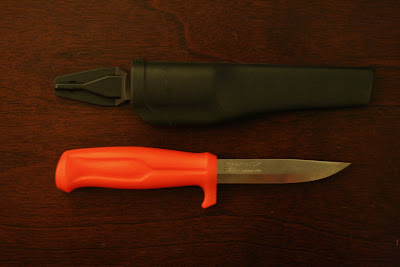 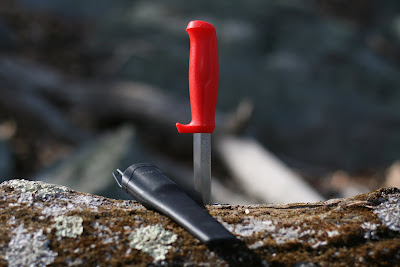 Just like most Mora knives that have been around for a while, and do not carry the “bushcraft” name, this is a very low cost knife. A bit of searching will let you purchase it for under $10.

When compared to the Mora 1, the two knives have virtually identical blades; probably why I like the Mora 511 blade so much. It is narrow, thin, and as always, sharp. It makes an excellent woodworking blade and a good all around knife. The handle of the ora 511 is larger than that of the Mora 1. I find it to generally be more comfortable because of its larger size. While I think that the handle of the Mora 1 is very good, when I have to put a lot of pressure into my cut, the handle feels a bit too small. This problem is corrected with the 511. There is however, what I consider to be a huge problem with the 511 design-the unbelievably large finger guard. There is just no way to work around it. The finger guard eliminates a good number of holds, and at least for me, makes the knife very uncomfortable to use. 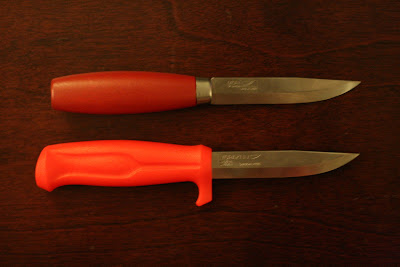 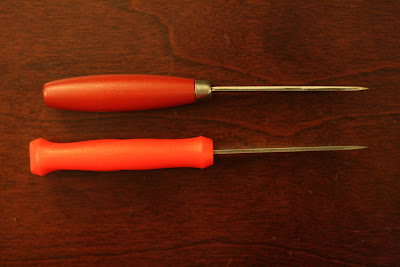 The problem however can be remedied with some determination, a strong knife, and a file. The plastic is very hard, but can be worked, so after half an hour, I managed to remove the finger guard and make the handle resemble the Mora 510. 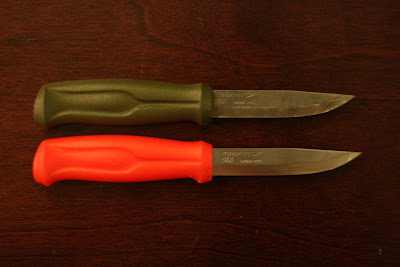 The tang of the Mora 511 is the same as that of the Mota 510, which you can see in the x-ray. It is a partial concealed tang, although the molded handle makes for a very strong connection.

The knife cad no problem with batoning. Of course the size wood you can baton is fairly small, and the thin blade does not split the wood well, but it can handle the pressure of the task. 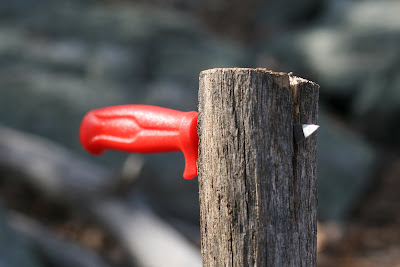 Truncating is similarly not a problem. This knife feels stronger than the Mora 1, even though they are virtually the same blade with the same length tang. The plastic handle for some reason felt like it would allow the knife to take more force. 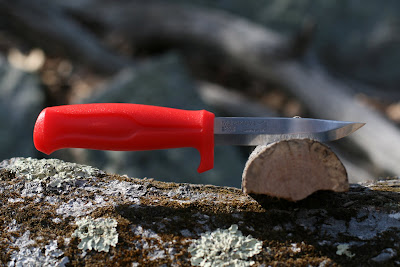 Of course like with all other Mora knives, this one is very sharp, and has a very thin edge. Feather sticks and any other carving are not a problem. 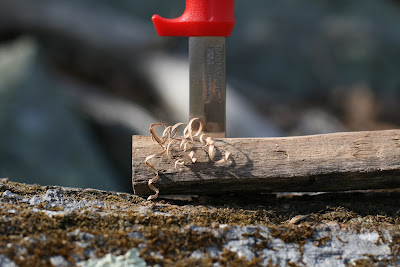 The sheath, while plastic, is much better than that of the Mora 1, and actually holds the knife in place. It also works after you have cut off the finger guard, but it doesn't hold as well.

Overall, the Mora 511 would be a beautiful knife if it was the Mora 510. The finger guard just kills it for me. It protecting your finger from the blade is your primary concern, then the finger guard on the Mora 511 is exactly what you want. However, in a general bushcraft knife, I find the guard to be a big hindrance. Other than this one problem, it is a great knife and I would not hesitate to use it (after removing the finger guard).
Posted by bella at 5:05 AM