For 2011 Condor Tool & Knife has completely redesigned their line of axes. One of them is the Scout Hatchet. I chose to review this hatchet because its specifications came closest to what I would look for in a good hatchet. The next larger model offered by Condor is a hatchet with a 16 inch handle and a 1.5lb head. I find the head to be too heavy for such a short handle. 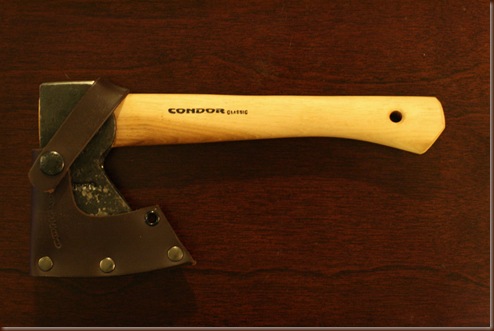 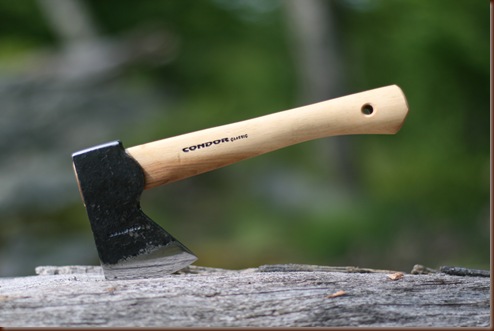 In terms of cost, this is a mid range hatchet. While not expensive, I would expect a hatchet in this price range to be well designed and offer good performance. 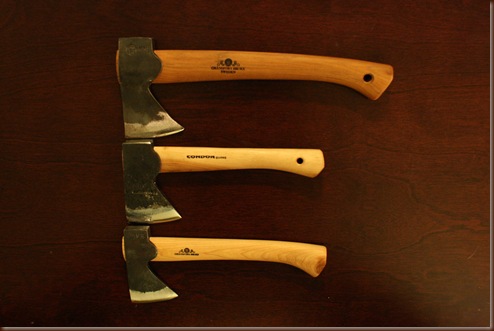 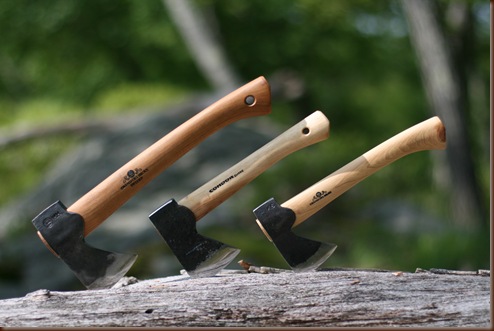 The handle of the Condor Scout Hatchet had fairly good grain. However, I found it to be too small for the size head, and as a result rather uncomfortable. It is not only short, but also very thin, which does not allow for a good grip.

The most serious problem with the hatchet however is the design of the head. The head of the Condor Scout Hatchet has virtually no poll. The back is squared off, but there is almost no weight behind the eye. All the weight of the head is concentrated in the bit. This creates a very poorly balanced hatchet. While I have tested other axes in the past that have had poor balance, this one exceeds all of them by a large margin. The weight distribution, combined with the small, thin handle, makes for a hatchet that is very hard to control during a swing. This is usually not a problem for small hatchets, but here the issue is so significant that it effects the performance. 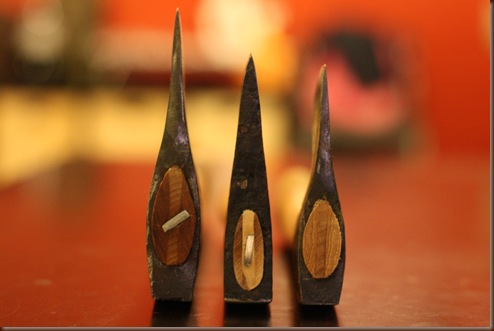 The other problem with the head is that it is shaped like a splitting wedge. There is zero sophistication in the geometry of this head. It is literally just a wedge to which a handle has been attached. It will split well, but that’s about it. An additional problem with the design is that the eye is very small. This will create large forces on the handle. I would have preferred a larger eye. Also, on the hatchet I bought, the metal wedge was inserted not diagonally to the wooden wedge, but perpendicularly. Clearly that was done because there was not room in the small eye for the metal wedge, but here I don’t even think it was necessary.

The surprising thing about the Condor Scout Hatchet is that from a production standpoint and quality control, it is actually very good. I have bought many more expensive axes that have had worse quality control. The problem is almost entirely with the design of the axe, not the execution of that design.

Overall, I don’t think the Condor Scout Hatchet is worth the money. There are better tools out there in that price range, and even lower. Clearly Condor is a company that means well, and is trying to create a good product, but just lacks the knowhow. I hope that for next year they just buy a few old Plumb hatchets and axes and duplicate those heads.