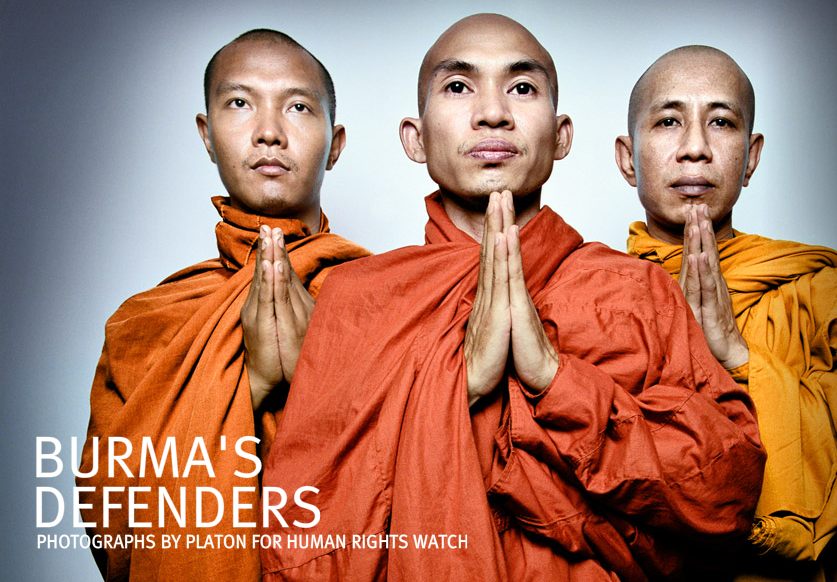 The Human Rights Watch feature Burma Defenders is timed to coincide with the first elections to be held in the repressed country in more than 20 years. Burma has been run by a junta of army generals who have silenced any opposition to their brutal regime with human rights abuses and by silencing any dissent.

Political observers are awaiting the elections and wondering if civil unrest flare up after what is widely perceived as a sham election on November 7, and whether Burma's pro-democracy leader, Aung San Suu Kyi, be released when her sentence ends on November 13.

Human Rights Watch and photographer Platon have teamed up to photograph opposition members, former political prisoners, and journalists who have sought political refuge in neighboring Thailand.

Platon is a photographer who attended London's St. Martin's School of Art, holds a BA in Graphic Design and a MA in Photography and Fine Art from the Royal College of Art. Now living in New York, he continues to shoot portrait, and documentary work for a range of international publications, including The New Yorker, Time Magazine, Rolling Stone, The New York Times Magazine, Vanity Fair, Esquire, GQ, and The Sunday Times Magazine.
Posted by bella at 2:13 AM