Here is another trigger for a deadfall, which uses the same principle as a figure four deadfall, but requires less notching.

In addition to a large rock or a basket of some sort, you will need three sticks. Here I am using a split large stick and a third smaller one, but you can use three sticks of the same size. I find the wider ones easier to balance. 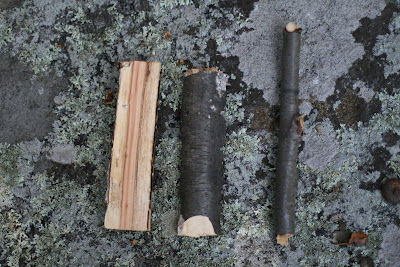 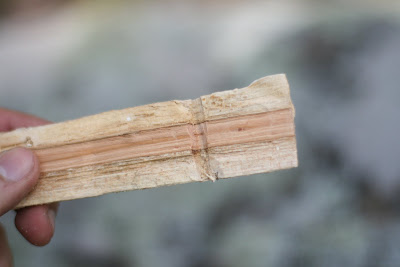 From here it is easy. Place one stick on the ground, and the stick with the notch on top of it as you would in a figure four deadfall. Unlike a figure four however, the third, trigger/bait stick just props against the notched stick on one end and the rock on the other. 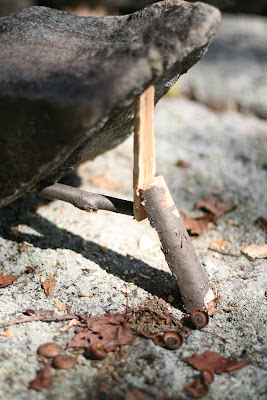 Like with all other deadfalls, please keep in mind that these traps, are very dangerous. They are as likely to fall on your hand while you are setting them up, as they are to fall on top of some animal. Great care should be taken so a survival situation does not become even worse.
Posted by bella at 4:34 AM