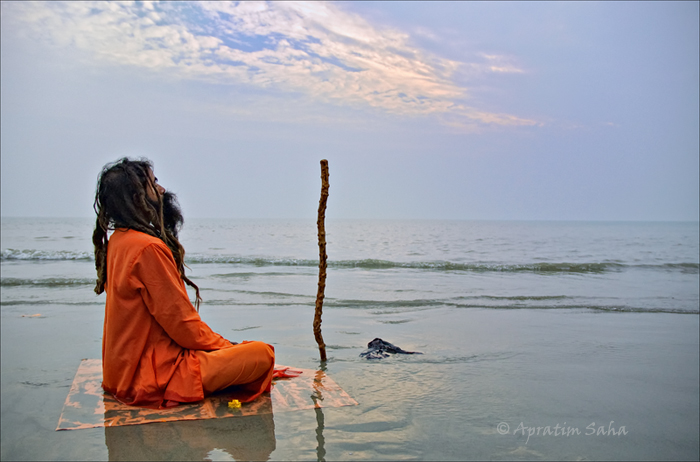 Apratim Saha is both a pharmaceutical executive and a photographer, whose work has been featured in the National Geographic and other publications. He's also a contributor to NationalGeographicStock.com

While I've liked Apratim's Varanasi gallery in which the above photograph of the sadhu is fetured, there's a photograph of a holy man, possibly after a dip in the Ganges, carefully arranging what can only be described as a comb-over. A priceless image of the temporal perhaps trumping the sacred. You'll find it in the Culture portfolio.
Posted by bella at 1:59 AM