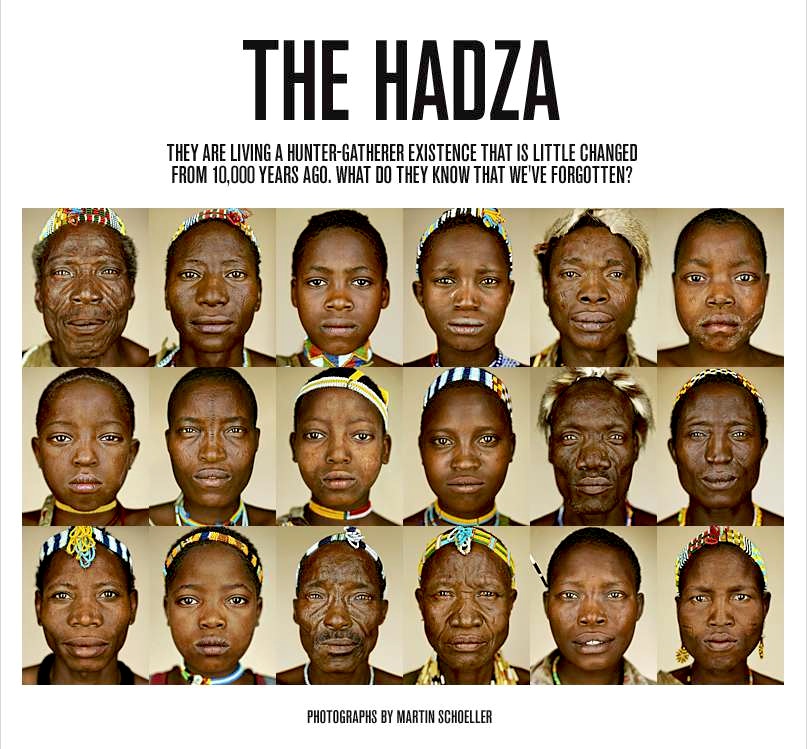 The National Geographic brings us The Hadza, a collection of photographs by Martin Schoeller. He is a German photographer who assisted Annie Leibovitz in New York in the early nineties. He continued on his own and worked for The New Yorker under contract since 1999 and also for Rolling Stone and GQ.

According to Wikipedia, the Hadza people, or Hadzabe'e, are an ethnic group in central Tanzania, living around Lake Eyasi in the central Rift Valley and in the neighboring Serengeti Plateau. The Hadza number just under 1000, and they are the last functioning hunter-gatherers in Africa.

The New York Times LENS blog also features Schoeller's work, which was based on an assignment for Travel and Leisure magazine. The Hadza were not re-enacting a lifestyle for tourists, but living in a way that had basically not changed for thousands of years.
Posted by bella at 3:26 AM