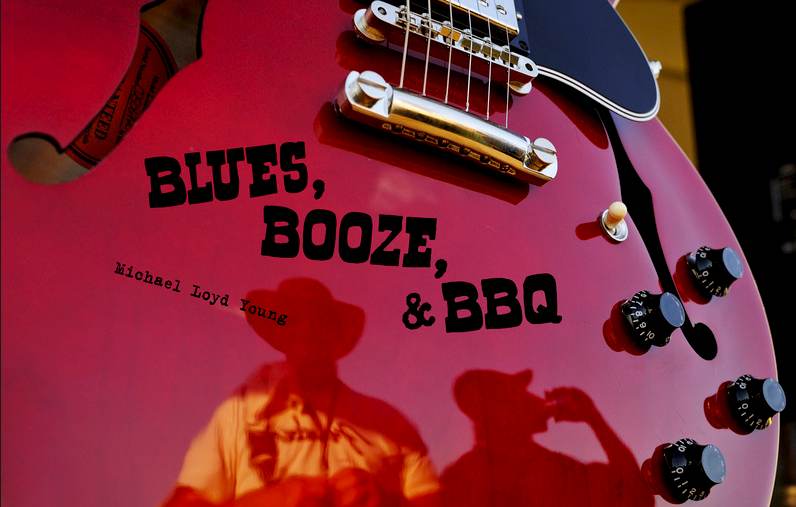 Those of us who love the blues will really appreciate Michael Loyd Young's Blues, Booze & BBQ audio slideshow. It appeared on BURN magazine which is an online feature for emerging photographers, and is curated by Magnum photographer David Alan Harvey.

A foot-thumpin' piece...highly recommended viewing with your loudspeakers turned on really high!!!

The Delta blues is one of the earliest styles of blues music in the United States. It's called that because it originated in the Mississippi Delta, famous for its fertile soil and pockets of dire poverty.

Historically, with its history of slavery, racial oppression and discrimination, plus baking heat, rampant illiteracy and poverty, the Delta was a cruel place for many African Americans well into the middle of the 20th century. The blues documented the experience of southern blacks better than any other form of cultural expression.

To this day, the Delta is still the emotional heart of the blues for musicians, fans, travelers, and historians.

For another post on Delta Blues, you'll find the American Diversity Project equally interesting, as it featured the work of 12 young documentary photographers and photography students in and around that Mississippi area.

The sharp-eyed of you will notice that T-Model Ford is featured in both multimedia pieces. He's an 80+ old blues singer, who only took up guitar playing when he was in his fifties. It's his voice and guitar that you hear in Blues, Booze & BBQ.
Posted by bella at 3:17 AM