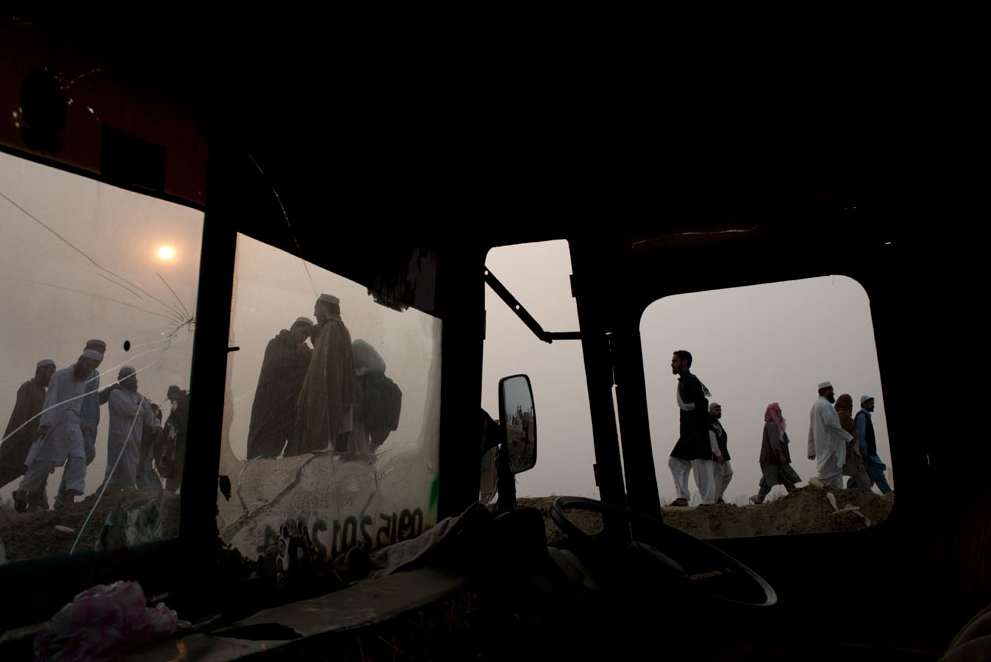 Photo © Tyler Hicks/NYT-All Rights Reserved
It's been a while since I featured a war-related photojournalism piece, so I thought The New York Times LENS blog brought us a couple of days ago an interesting On Assignment gallery from Tyler Hicks on the Tabligh Jamaat.

I like the clever way the photographer framed the above image, as he had to photograph surreptitiously and very quickly because photography was banned from the Tabligh gathering for religious reasons.

Wikipedia describes the Tabligh (which means "conveying of message") movement as an apolitical religious movement, whose principal aim is reformation of Muslims, and was founded in India by Muhammad Ilyas as a voluntary, pacifist and independent movement.

The New York Times reports that it's "a missionary movement that spreads revivalist Islam through its followers, who travel the world on preaching missions. The movement convenes in Raiwind, Pakistan, once a year. Attended by as many as 1.5 million people, it is the largest gathering of Muslims outside the annual pilgrimage to Mecca."

For further reading, The New York Times has a 2007 article here.

Note: For stereotype busting, have a look at Matthieu Paley's fascinating coverage of the annual Lal Shabaz festival when over one million Sufis, devotees and onlookers, join this chaotic pilgrimage which cannot be more different than the austere Tablighi gathering.

Yes, folks...one person's Islam is not another's, even within neighboring countries.
Posted by bella at 3:19 AM