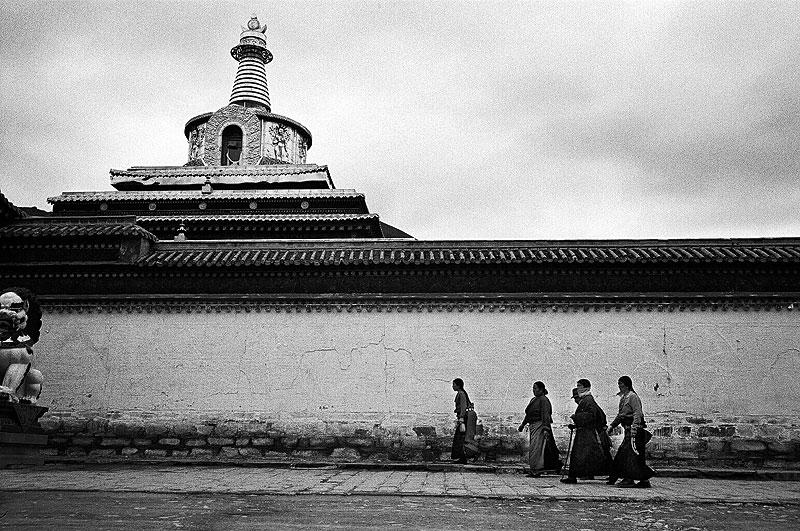 Photo © Eugene Kuo-All Rights Reserved
Eugene Kuo is a graphic designer and photographer living in New York. He is interested in documenting changing landscapes, whether physical or psychological. His recent projects have taken him from Moscow to Beijing on the Trans-Siberian/Mongolian railroad, through the ancient cities and khanates of Uzbekistan, and along the Silk Road in western China. It was on this last trip that he photographed the Labrang Monastery, a pocket of Tibetan Buddhism. The photographs are mostly wide angle and black & white.

Also explore Eugene's other works. He is currently editing two series of photographs based on his time spent in Uzbekistan and in western China.

Labrang Monastery is one of the six great monasteries of the Geluk (Yellow Hat) school of Tibetan Buddhism, which is located in Xiahe County in Gansu province, and strategically intersects four major Asian cultures--Tibetan, Mongolian, Han Chinese, and Chinese Muslim.
Posted by bella at 3:19 AM