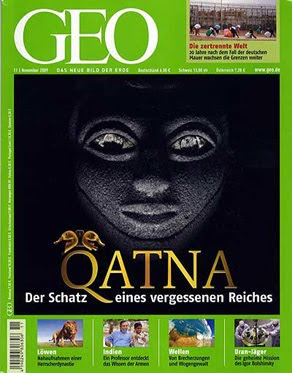 Photo © GEO. Courtesy PDN
It's a real shame that the German GEO Magazine has closed its New York office effective yesterday. Nadja Masri, GEO's New York bureau chief, and Tina Ahrens, a photo editor in the New York office, both well-known in the photo circles here in NYC, will leave the magazine.

Its office was a regular venue for documentary photographers to show their portfolios, especially as the magazine was known for publishing lengthy photo essays, often devoting 20 pages to a story.

While GEO NY will no longer have a physical presence here, its photo editors in Hamburg will continue to work with U.S. photographers.