Zackary Canepari: The Heart of Punjab 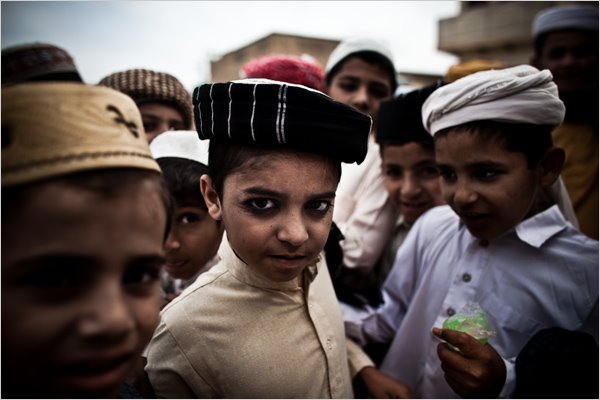 The New York Times featured the work of photographer Zackary Canepari in a slideshow titled The Heart of Punjab. His above photograph is of young students at a seminary school in Dera Ghazi Khan, a gateway both to Taliban-controlled areas and the heart of Punjab.

One of the key captions in the slideshow comes from the accompanying article:

"The Taliban in south and west Punjab exploit many of the same weaknesses that have allowed them to expand in other areas: an absent or intimidated police force; a lack of attention from national and provincial leaders; a population steadily cowed by threats, or won over by hard-line mullahs who usurp authority by playing on government neglect and poverty."
The accompanying article is by Sabrina Tavernise, Richard A. Oppel Jr.and Eric Schmitt.

In the same vein, PBS featured Children of the Taliban on its FRONTLINE/WORLD program on April 14, 2009.

More photography from Zackary Canepari on TTP (LINK)
Posted by bella at 3:55 AM