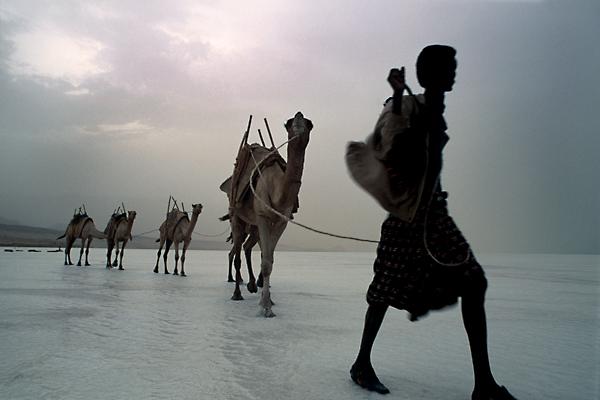 ©Sylvain Savolainen-All Rights Reserved.
Sylvain Savolainen is a photographer and reporter based in Geneva, and is regularly published by international newspapers and magazines such as Geo, La Stampa, IHT, The New York Times and Le Figaro. In Paris, he worked with Sygma and Gamma agencies, and currently Cosmos and Grazia Neri partly distribute his work. He is also a contributor to the French and Swiss national radios. In 2007, he won the Swiss Press Photo award for the best foreign feature of the year.

Sylvain has documented many ethnic groups, including the Afars. The Afars, or Danakil, are an ethnic group in the Horn of Africa, residing principally in the Danakil Desert in the Afar Region of Ethiopia, as well as in Eritrea and Djibouti. They constitute over a third of the population of Djibouti, but the majority still remain nomadic pastoralists, raising goats, sheep, camels and cattle in the desert.

Here's Sylvain's Those Who Gaze Into The Horizon: The Afars
Posted by bella at 4:45 AM