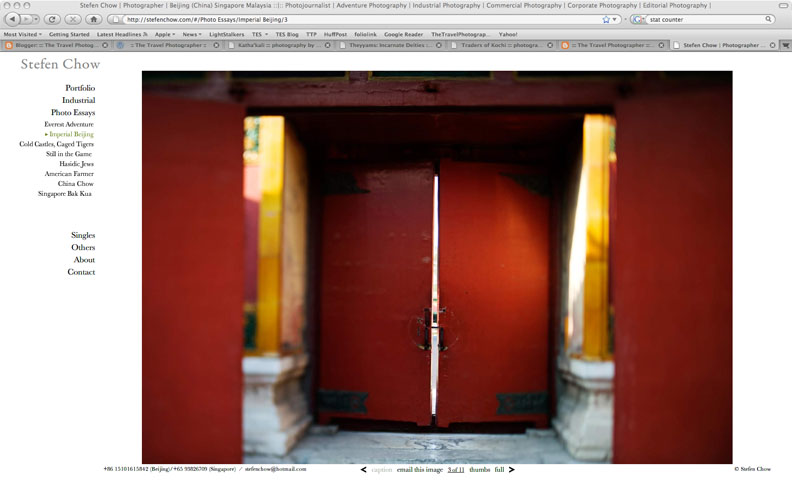 A few days ago, I posted a POV titled Larger Is Good in which I wrote that larger images on photography/photographers' websites were advisable in order to attract photo editors and buyers.

Here's a beautiful example of what I meant: the website of Stefen Chow, a photographer who worked with Getty Images, Associated Press and Bloomberg News, Singapore Airlines and Shell. Not content to have traveled to over 30 countries, Stefen also summitted Mount Everest in 2005. He currently lives in Beijing and Singapore.

To show off the website, I chose Stefen's work on Imperial Beijing. This photo essay consists of photographs of Beijing's Imperial City, or The Forbidden City, which was home for 24 emperors over almost 5 centuries. I'd also encourage you to explore his other galleries, especially the Everest Adventure.

His beautiful images are almost as large as many monitors, and the navigation is ultra simple and intuitive. Check it out, and you'll join the large imagery converts!
Posted by bella at 4:23 AM