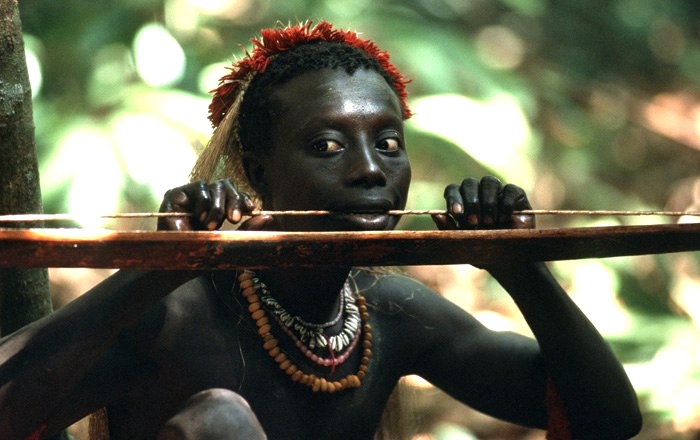 The Jarawas are estimated at between 250-350, and have largely avoided interactions with outsiders. They are a hunting and gathering nomadic tribe, hunting wild pigs, monitor lizard with bows and arrows. It takes a while to accept that the Jarawas are not an African tribe, but rather aborigines from a group of archipelagic islands in the Bay of Bengal, south east of India.

Based in Bangkok, Thierry Falise has covered South-East Asia and beyond since the mid-eighties, as a correspondent for Gamma photo agency and currently for the Bangkok-based Onasia. In 2003, he and a colleague were arrested in Laos after completing a story on a Hmong minority, and were sentenced to 15 years of prison. They were released after five weeks due to an international solidarity campaign.
Posted by bella at 3:49 AM