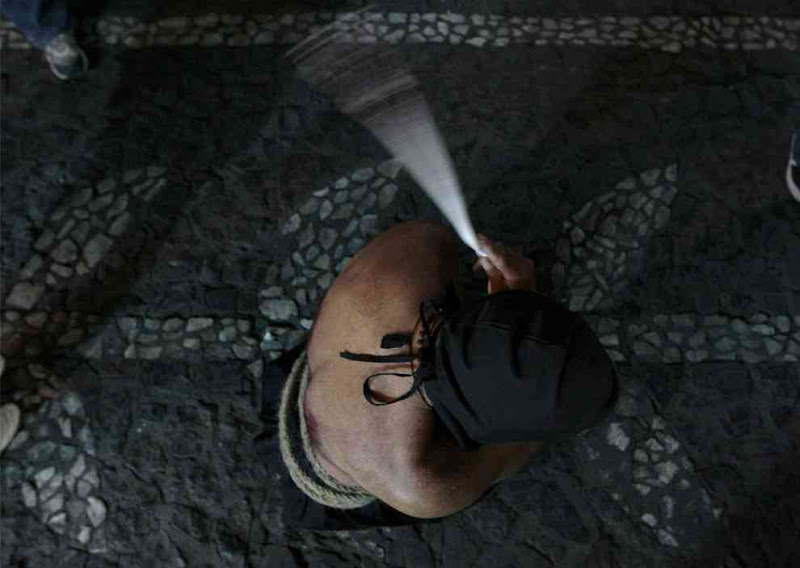 A masked Catholic penitent flagellates himself during the start of a procession through the streets of Taxco in the Mexican state of Guerrero, in observance of Holy Week celebrations. Hundreds of penitents, bound and flagellating themselves, walk the labyrinthine cobblestone streets of Taxco, an almost 500-year-old silver mining town built into a mountainside, in one of the most dramatic and heartfelt Easter rituals staged in this fervently Catholic country.

Flagellation is also practiced by some Shi'a Muslims, who whip themselves on the holiday of Ashura to commemorate the martyrdom of Hussein Bin Ali, the grandson of the Prophet Muhammad, at the Battle of Karbala in 680.

The Boston Globe's The Big Picture has remarkable photographs of Holy Week (Link).

It's a little unfortunate that a foot appears in the top left corner of the above photograph!!
Posted by bella at 3:57 AM