Holi: The Festival of Colors 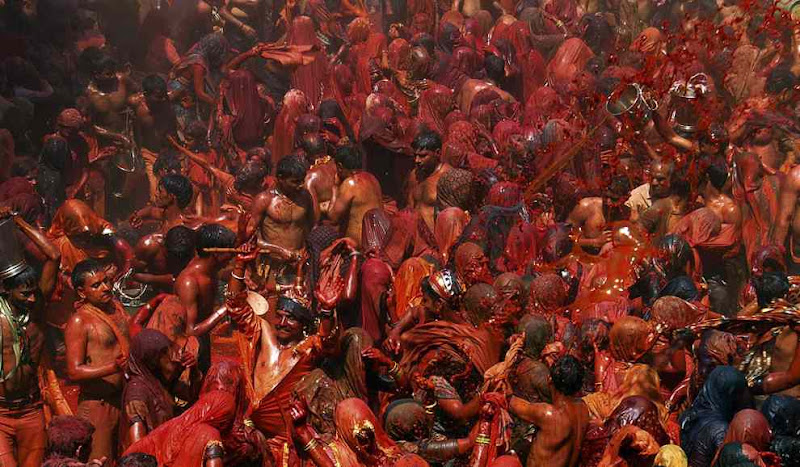 Photo ©REUTERS/K.K. Arora-All Rights Reserved
I've been waiting for the Boston Globe's The Big Picture to feature its choices of large format images of Holi, and I didn't have to wait long.

Holi, which usually falls in the later part of February or March, is a traditional festival celebrated in India and elsewhere such as Nepal and Bangladesh. The main day is observed by people throwing colored powder and colored water at each other, and bonfires are lit the day before to commemorate a religious event.

It does look like fun, doesn't it? Potentially damaging to one's camera gear, but certainly fun.
Posted by bella at 3:21 AM