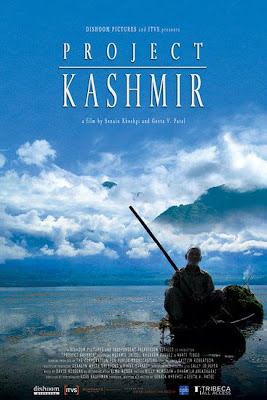 "Project Kashmir" is a feature documentary co-directed by two American women, Senain Kheshgi and Geeta V. Patel, who also appear in the film. Both friends, Geeta's family is Hindu from India; Senain's is Muslim from Pakistan, displaced from India at the time of the partition. The two travel to cover the war in Kashmir: for over 50 years, an area divided by deep-seated tensions between Hindu and Muslim, Pakistan and India.

The Digital Journalist (link) carries an interesting article about the making of Project Kashmir...which is well worth a read to know what it took for these two women to make this documentary. "Project Kashmir" will air on PBS in 2009.

I'm not sure whether the trailer manages to explain the background on the conflict over Kashmir, but for more information, the documentary's website is here
Posted by bella at 4:06 AM