Interesting premise, catchy title, possibly interesting content, but this is another show that only our UK friends will be able to watch due to the mysteries that govern the operation of the Discovery Channel.

In this series, James Cracknell, endurance athlete, rower, and two times gold medalist, retraces the footsteps of some of the great expeditions. The show premiered on April 22, 2012 on Discovery UK. For some unexplainable reason however, it doesn’t appear on any of the Discovery channels we have here in the US. 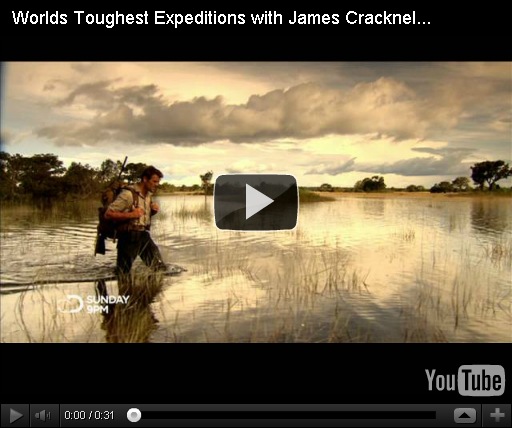 I’m sure the show will have it’s flaws, but is something I would love to see. People in the UK have already managed to watch several episodes. Hopefully Discovery will decide to show it here in the US, rather that another Mythbusters marathon.

If you guys can find some place where we can watch the show online, or better yet, want to send an email to Discovery, maybe the rest of us will be able to watch soon enough.