This is another puukko style knife I have had for a while. I just never got around to the review. With a bit of a delay, here it is. 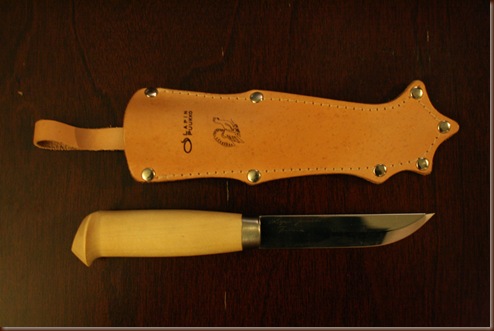 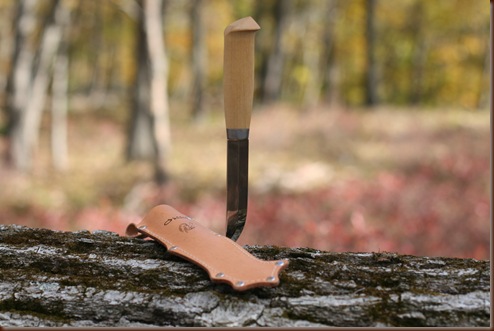 This is a very affordable knife. I would say it is about medium cost. The only place where I have found to buy it in the US is Ragweed Forge. It is their #31 Lapin Puukko.

When compared to the Mora #1, the knives are very similar. The blade of the Lapin Puukko is a little longer, in fact just as long as the Mora #2 blade, and it has the same thickness as the Mora #1/#2 blades. For some reason however, the blade feels thicker when you are cutting. I think that is because the grind might be at a slightly wider angle. The handle of the Lapin Puukko is slightly longer than that of the Mora #1. The longer part curves into the hook shape you see in the picture. Otherwise, the two handles have similar proportions and a similar feel in the hand. The blade has a rattail tang, similar to what Mora used to use before they switched to using epoxy. 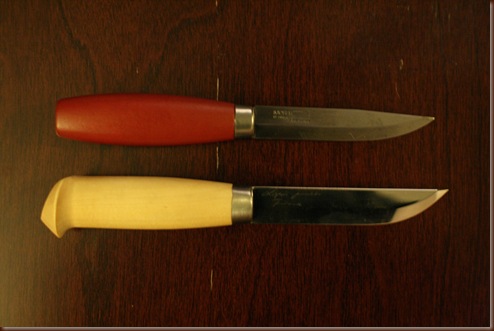 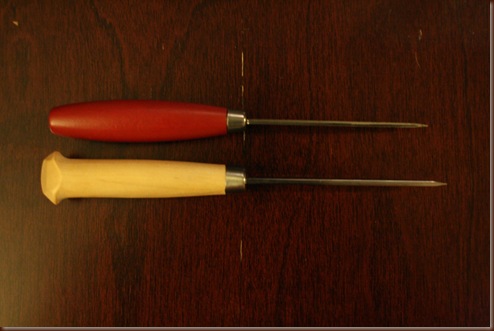 When I first started to use the knife, my main worry was the handle. It looked like that hooked part would be very uncomfortable. When I originally ordered the knife, I imagined that the handle would be longer, so that the hooked part would just stick out of the hand. However, at least in my hands, it is part of the handle you are actually holding. That being said however, I was surprised that it was not uncomfortable at all in any of the grips I tried.

When it comes to batoning, the Lapin Puukko performs about he same as the Mora. It gets the job done, but I would not use it for routine splitting. 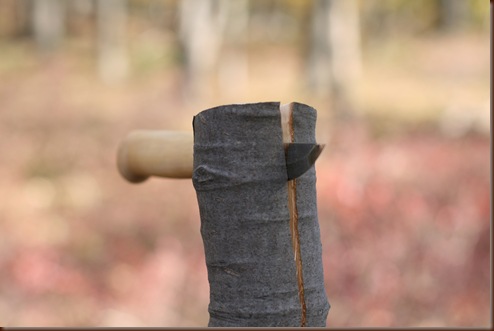 You can also use the knife to truncate. I got a question about it recently, although I can’t remember where, but this technique is used to cut through a branch. You would use the knife to form V shaped notches around the branch, similar to what you would do with an axe. The knife does well because of the relatively thin blade. 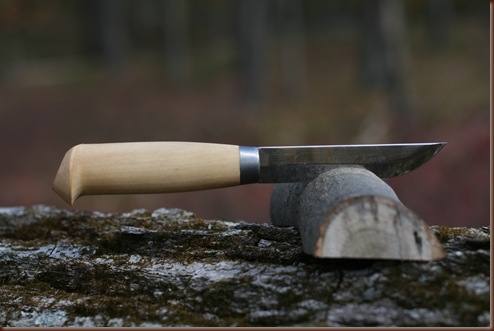 As with most wood working puukkos, carving and simple feather stick making are not an issue. I actually found the secondary bevel to be a rather nice addition when it came to making feather stick, although, I prefer the slightly thinner edge of the Mora for carving. 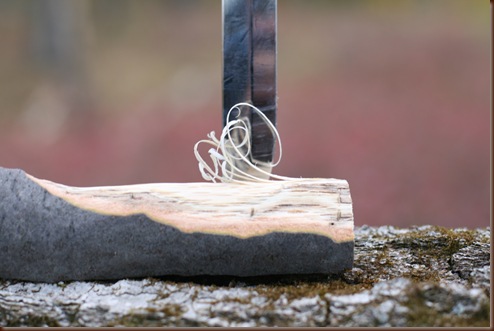 Overall, I have been happy with the knife. Again, my only concern was the handle, but for some reason it feels comfortable to use. That being said however, I still use my Mora #2. For the money the Lapin Puukko Vuolupuukko #31 is a good alternative to a Mora and a good choice if you want to “step up” to a different puukko.