A Choice of Cups

Some of you guys might have noticed that recently I have been using a plastic cup from a Trangia army cook kit. For a long time I used to use a metal US Army canteen cup, but decided to change for a few reasons. I figured I would take you through some of my thinking, and the options at which i looked. 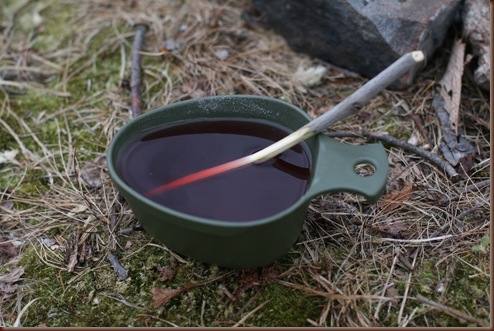 The first reason why I decided to stop using a canteen cup is that I wasn’t actually using it. It nested very well with the canteen, but I never wanted to bother pulling it out. Also, after using it, it always had to be cleaned well before putting the canteen back in it. As a result, I very rarely took it out. It certainly wasn’t getting enough use for how heavy it was.

The other reason was that the metal was too hard to handle when it was cold. It would just suck the heat out from your hands unless you had something warm in it. Also for reasons involving the cold, I switched from my canteen to a wide mouth Nalgene bottle, so the canteen cup no longer had a home. Even with replacement cups though, I wanted to stay away from metal due to issues with the cold. I also wanted to avoid nesting cups.

The first cup I looked at as a replacement was the Fold-A-Cup (Large). 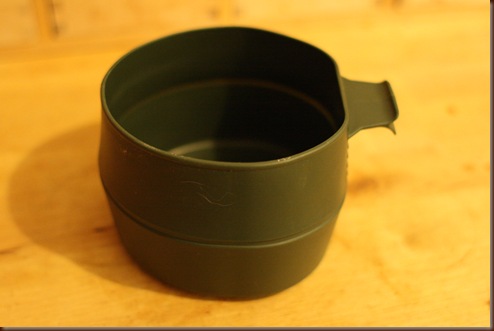 The cup costs about $9, weighs 1.6 oz and holds about 2 1/2 cups of liquid when fully filled. There is a smaller version that holds about one cup of liquid, but i found it to be too small. The largest benefit of this cup is that it can be folded up. 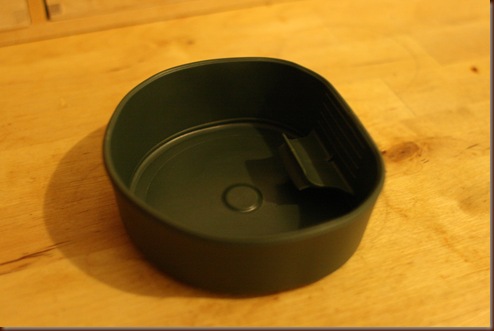 The reason why I didn’t hose this cup is because I found it to be extremely hard to hold. The walls of the cup are just too soft. When it is filled with liquid, it is impossible to hold by the handle without the cup completely distorting. 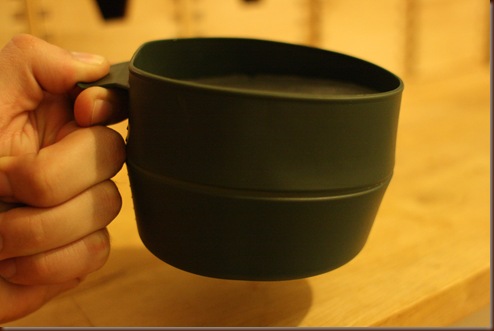 It is fine if you can support the body of the cup with your other hand, but if you have something like hot tea inside, you can not do it without gloves on. It was just too difficult and uncomfortable to use for it to be worth the effort.

I then decided to go with the simplest cup I could find. I ended up trying a GSI Outdoor Infinity Stacking Cup. 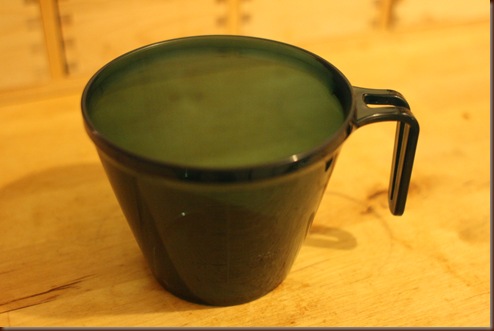 The cup costs under $3, weighs 1.8 oz and holds about 1 3/4 cups of water. It is a perfectly good cup. It is sturdy and light. In all honesty however, I just didn’t like the way it looked.

While looking at the above cup, I saw another GSI cup that I liked a lot. It is the GSI Outdoors Infinity Insulated Mug. 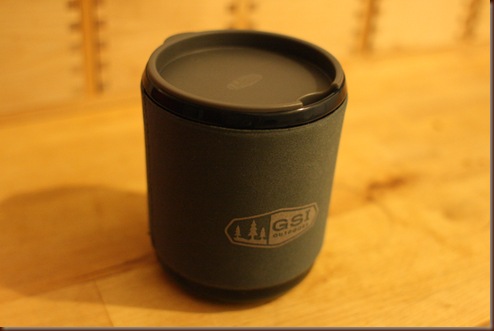 The cup comes with an insulative sleeve and a cap. It costs $5, weights 2.9 oz (2.3 oz without the cap), and holds about 2 1/2 cups of liquid. The insulative sleeve can be removed in case you want to use the cup as something like a scoop. It actually works very well to protect your hands form hot liquids. 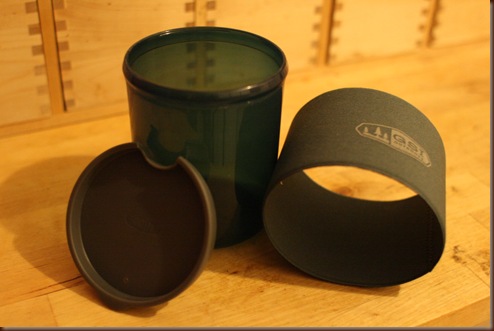 Quite honestly, this is a great cup. I have not been able to find anything wrong with it, and I may end up using it at some point in the future. The only issue that has kept me from using it as my cup is the sleeve which has the potential to get wet and dirty. It’s not a big deal, but seems like a slightly more complicated design than the mindless, simple cup I was looking for.

That is why I settle don the Trangia army surplus cup. I was able to find it at a surplus store online, after quite a bit of searching. I understand that there is a newer model around with some minor changes. 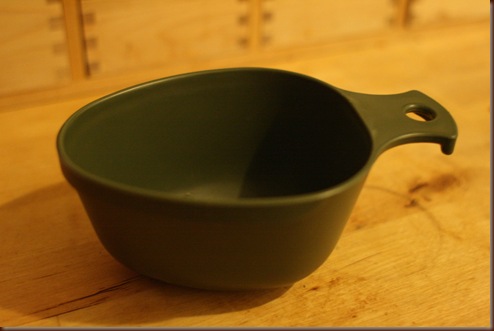 The cup cost me about $2. It weighs 2.4 oz and holds about 1 3/4 cups of water. I wish it was slightly larger, but overall I have been very happy with the design. It is very strong, and there is nothing sophisticated about the design. Because it is shallow, it fits fine in my pack, it’s easy to clean, and very comfortable to hold. The handle also works quite well, and the plastic is thick enough that you can hold it without burning your hands if you have a hot liquid inside.

Anyway, that’s what I am using right now. So far it is working well. I’m sure at some point I’ll find something else, but for now I am happy with this choice.