The Svord Peasant knife is a very simple folding knife. I have had some requests for a review, and since I’ve had one for quite some time now, I figured I would pull it out and do the review. 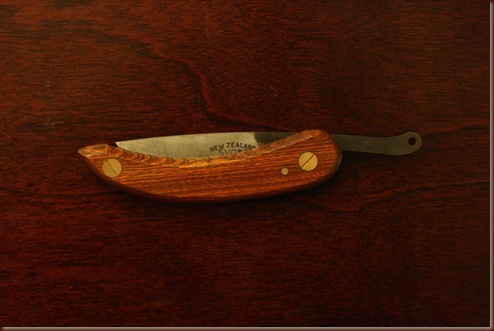 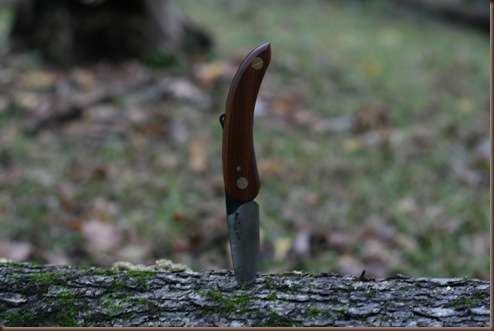 The Svord Peasant is intended to be a simple, low cost knife. There is nothing fancy or sophisticated about it, and that is in part reflected in the price, coming to the US at $15, even though being shipped from New Zealand.

Just for side by side comparison, you can see the Svord Peasant here next to the Mora #1. As you can see, the blade is about 3/4 of an inch shorter than that of the Mora, but it is almost twice as wide. The blades are very similar in thickness. I found the blade to be too short for me, but if you like the ESEE 3 knives, you will probably like this blade design. The handle is significantly longer than that of the Mora, and it is fairly comfortable, although not nearly as comfortable as that of the Mora #1. 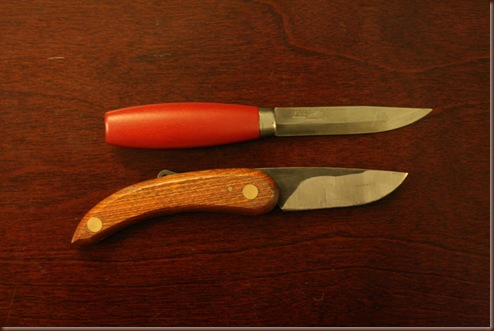 An interesting feature of the Svord Peasant, when compared to other folding knives is that it in a way has a partial tang. I am not sure we can call it that, as it is a folding knife, but the blade actually extends about half way into the handle when the knife is open. When closed, that part of the blade (non sharp) protrudes from the handle.

Folding knives typically have a hard time with more difficult tasks in the woods, such as batoning, but I figured I would see how far I can push it, as this is a fairly typical use for a knife in the bush. It was an interesting experience. I found that if you start batoning the knife as you would a fixed blade knife, the “tang” of the knife actually gets embedded deeper into the handle. The joint that holds the blade to the handle is not designed for this type of stress, and the blade will move all over the place. However, if you leave the handle loose to dangle from the blade, you can baton the blade and the “tang” fairly well into the wood. 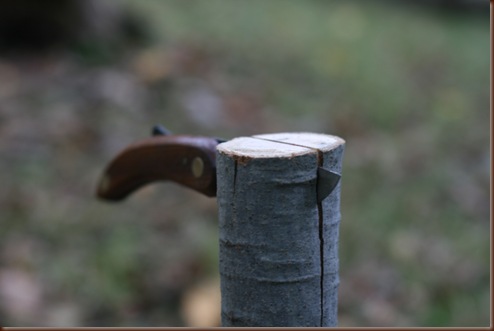 The exact same thing applies to truncating. The blade itself is fine with the task, but you should not rely on the handle for assistance. 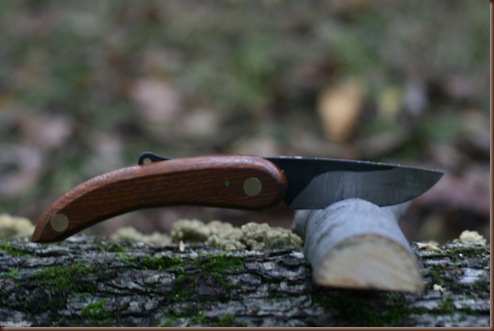 Even though the knife was far from shaving sharp when I got it, after a few minutes with a stone, there was no problem making feather sticks. 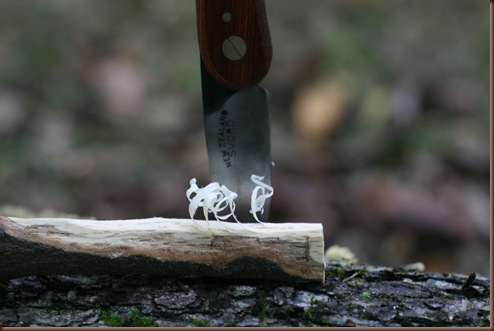 While the knife managed to perform all of the tasks, after I finished, I noticed that the knife no longer stayed closed when folded. Apparently everything had loosened up, and now the blade was flailing around. There is probably a way to fix it, but clearly this knife is not intended for any heavy use. It will do well as a basic pocket knife, and will make a fun substitute for a Swiss Army knife, but it is far less robust than a Mora when it comes to common bush tasks.

The knife comes at a reasonable price, and it a lot of fun to use. You can spend hours opening and closing it. It also does fine with cutting tasks. Even though it seems that the “tang” would make the grip uncomfortable when the knife is open, I did not have any issues with it. For heavier tasks however, the Svord Peasant is not the ideal knife. I am sure it was never intended to be.