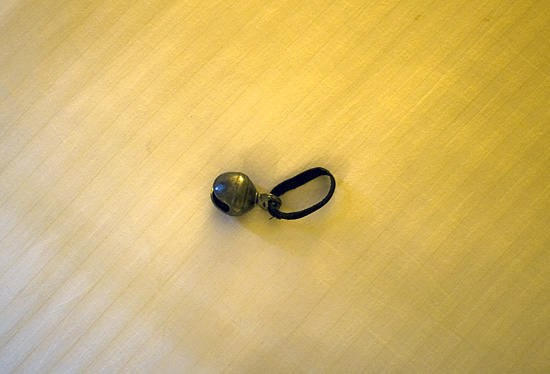 This may only happen in India.

Walking in the center of Kolkata, I photographed a number of rickshaw pullers for a planned multimedia project, and having seen that Tony Smith, one of the participants in the Kolkata's Cult of Durga workshop, had acquired one a few days ago, I asked a few of them where I could buy one. Getting head wags, I gave up and resumed my shooting.

Three hours later, I get a call from the Lytton Hotel's reception advising me that a rickshaw puller was asking for me, and had a bell!!! How did he know where I was staying is beyond comprehension.
Posted by bella at 5:10 AM