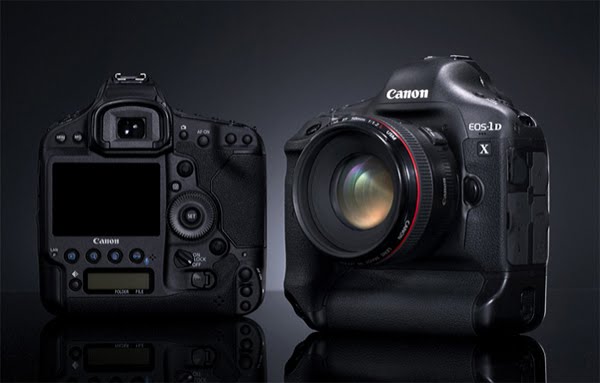 Canon just launched the EOS-1DX, a digital SLR with a full-frame sensor. It's Canon’s new flagship professional DSLR, and boasts an 18MP CMOS sensor. It can capture RAW bursts of up to 12 frames per second, and is replacing the 16MP Canon 1D Mark IV and 21MP Canon 1Ds Mark III at the top of Canon’s professional line. It's obviously targeted at pro sports photographers, nature photographers and photojournalists, with a 14 frames a second super high speed mode.

But before we start salivating and get all excited, the DSLR is scheduled for March 2012 availability and will be sold in a body-only configuration at an estimated retail price of $6,800.

Canon Europe has an intro movie advert for those who like that sort of thing. And for Canon USA's press release, click here.

Would I consider it as a replacement for my Canon 5D Mark II? I don't think so. I may change my mind in due time, but now having a Leica (not that it's comparable in any way) has altered my tolerance for big, heavy and complicated cameras. In the meantime, let's see if Canon (or Leica) has something up its sleeve for a mirrorless camera. That's what I'm really waiting for.
Posted by bella at 1:10 AM