Magnum In Motion/Abbas: Children Of The Lotus 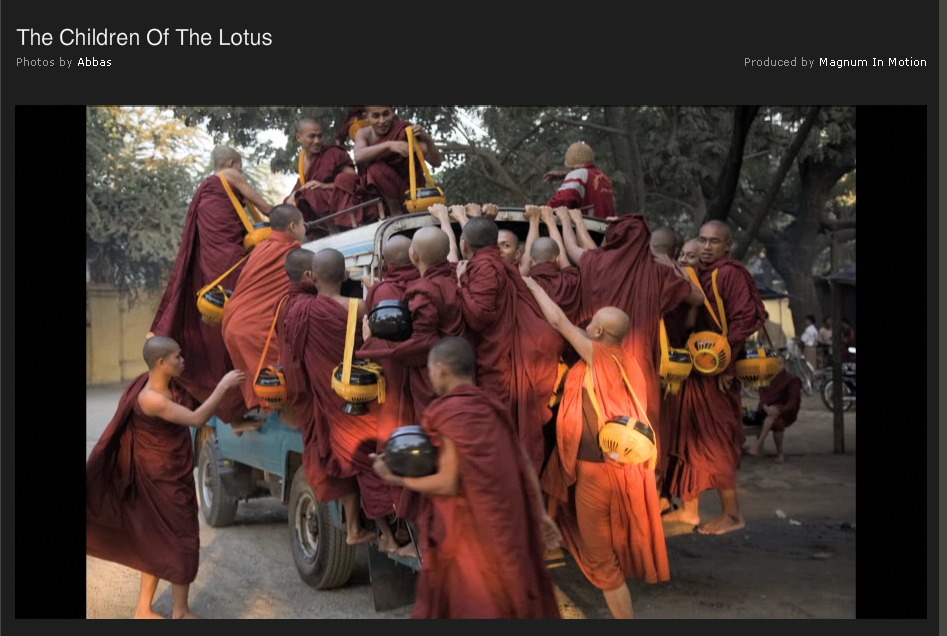 Magnum In Motion has produced Children Of The Lotus, a multimedia slideshow of Abbas' photographs made during the photographer's travels in 12 Buddhist countries spanning the better part of three years.

Abbas' inspiration was the photograph (it's really a poignant mug shot) of a young Khmer girl who was executed by a genocidal regime. He wonders how a Buddhist society, presumably full of compassion, be able to countenance the massacre and starvation of a quarter of its population?

I also found the use of the zooming in for close ups and Ken Burns effect somewhat overdone and heavy-handed...and to use throat singing (more of the Mongolian genre) to be the wrong choice to accompany this production. It seems the producers obtained the audio from freesound.org. With the majority of the countries covered in the slideshow being of the Theravada branch of Buddhism, I'm quite sure they could've easily found more appropriate chants.

In multimedia, bad audio kills great photographs. In this project, it's not that it's bad...but it's not relevant. If all the photos had been of Tibetan (although I'm not sure if the chanting are indeed Tibetan...it could be Mongolian) Buddhism, it would've been fine.