Hultafors Too Afraid to Sell Axes to Americans

Some time ago I did a review on a Hultafors axe that you can see here. As you know, Hultafors now owns Hults Bruk, a very well known axe manufacturer. I got a lot of feedback from the review, showing interest in this line of axes, and the same level of interest has been generated by Sportsman’s Guide, which offers used military surplus axes, many of which appear to be from the same line of Hults Bruk axes. 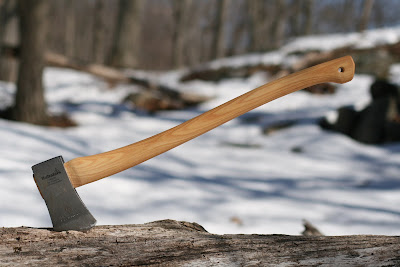 For some reason however, their axes are impossible to find in the US. I had to have mine shipped to me by a store in Germany. So, I started contacting people to see what can be done. I even contacted Hultafors, but got no answer. Finally, one distributor managed to get through to them and try to buy some of their axes and sell them in the US.

The answer he received from Hultafors was that they do not sell their axes in the US because they are afraid of our product liability laws. In their words, an axe in the wrong hands can mean trouble for them. They refuse to sell any axes to a US distributor.

It is rather sad that a large manufacturer like Hultafors would have such a sub-par legal department as to reach this absurd conclusion about the legal environment in the US. Apparently every other axe manufacturer in the world has no problem selling axes in the US, but Hultafors think they know better.

Let’s hope that one day they hire some lawyers that are actually worth the money. Maybe then we’ll see their axes in the US.
Posted by bella at 4:41 AM