In this review I would like to take a look at two sightly different axes. A while back I came across a small axe with the name Sandvik on it. I bought it for about $20. Recently, I noticed that a very similar axe is being sold under the Bahco name. After some reading, it became clear that Bahco had purchased Sadvik. I bought one of the Bahco axes, so I can see if there have been any modifications made from the Sandvik model. In this review I will switch between the two axes. 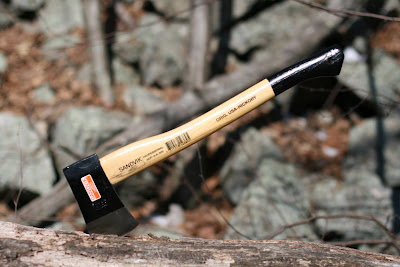 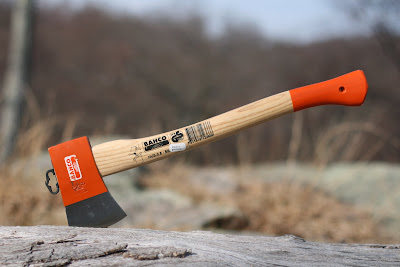 The two axes are nearly identical. Aside from color, there are only two differences, both in the head. The first difference is that the poll of the Bahco version has been made heavier. It still doesn’t provide ideal balance, but it is an improvement over the Sadndvik version, which had a very small poll. The second change is of questionable value. For some reason, Bahco changed the attachment method, ans is now using a plastic wedge to attach the head. Even more bizarre is the fact that the wedge has some sort of attachment loop on it. During testing the head stayed on securely, but this choice is hard to explain. 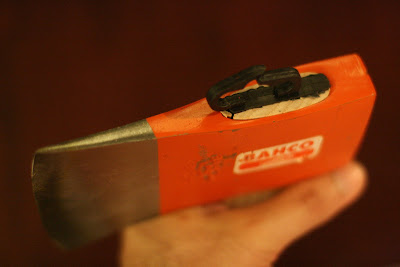 Otherwise, both axes are the same size, and are comparable to the Gransfors Bruks Small Forest Axe. Here you can see the axes next to each other. 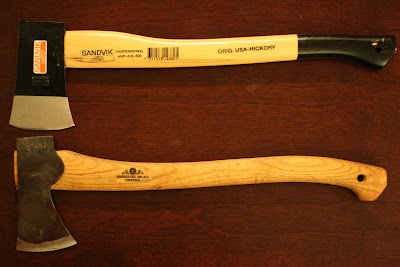 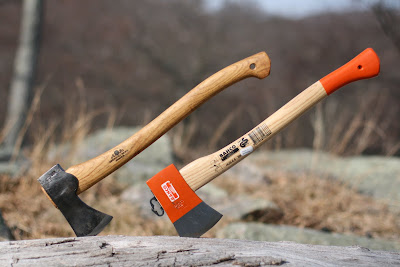 The handle grain is hard to see because of the paint on the handle, but it is good on both axes. The handle is the same length as that of the Small Forest Axe, but it is noticeably thicker, too thick for my liking.

The head of the Bahco/Snadvik axe is a quarter of a pound heavier than that of the Gransfors Bruks Small Forest Axe. It also has a very strange shape. It almost appears to have been designed as a splitting axe. While the bit is fairly thin, the head quickly widens in the cheeks, making it appear almost triangular. It reminds me of an old Stiletto head of similar size that I have. 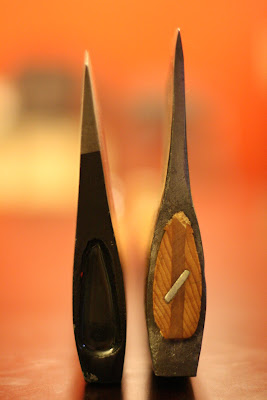 While it would be possible to do some work with a file on the bit of the axe, how much can be done is limited by the abruptly widening cheeks, which get in the way. If you wish to re-profile the axe, you may have to grind down the cheeks. 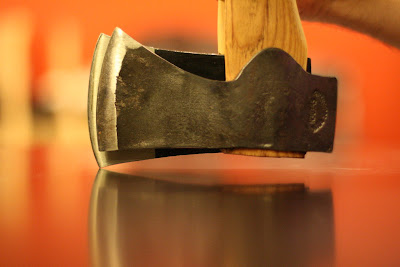 Because of this “splitting” design, the Bahco/Sandvik axe falls behind the Small Forest Axe when it comes to chopping. Here I had sharpened the axe, but had made no effort to re-profile the bit. I am sure that with some work, the axe can at least match the performance of the Small Forest Axe. I don’t know how easy that would be to do considering that the cheeks expand so rapidly from the bit. In splitting of course, the added weight of the head, combined with the wide head design, the Bahco/Sandvik axe shines. 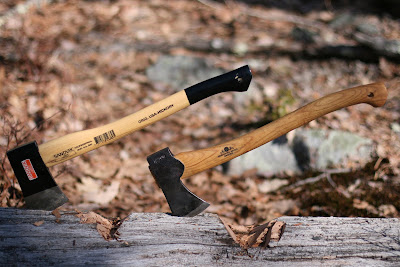 The balance of the Sandvik axe was terrible, as the poll was very small. 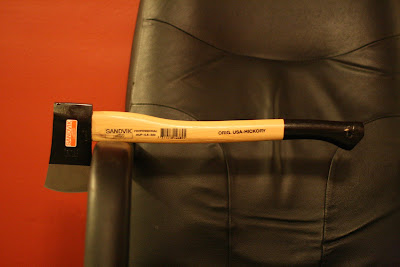 I am very glad that the Bahco version has an expanded poll. It still doesn’t balance out the axe completely, because of the short handle (I like to see 1 3/4 lb heads on a 25 inch handle rathern than a 20 inch one), but it is a huge improvement over the Sandvik version. 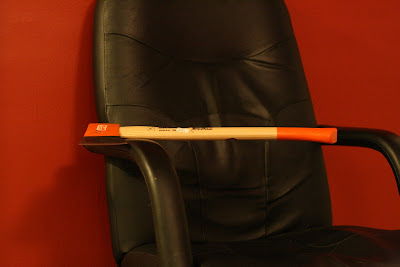 I am not really sure how to judge the Bahco axe. It is a very peculiar design. In some respects it shows a lot of promise. The bit is fairly thin, and the overall size of the axe makes it very portable. The price is also very reasonable. On the other hand, the wide cheeks make it more suited for splitting than chopping. The attachment method that is used int eh Bahco version is just bizarre. I don’t know what to say about it. It held together during testing, but just looks like something you can pull out (I tried-I couldn’t pull it out). As it is, it can not outperform the Gransfors Bruks Small Forest Axe. With some work however, the potential is there.

Bahco also makes different size axe including a version with a 26 inch handle and a 2 1/4 lb head.
Posted by bella at 5:27 AM