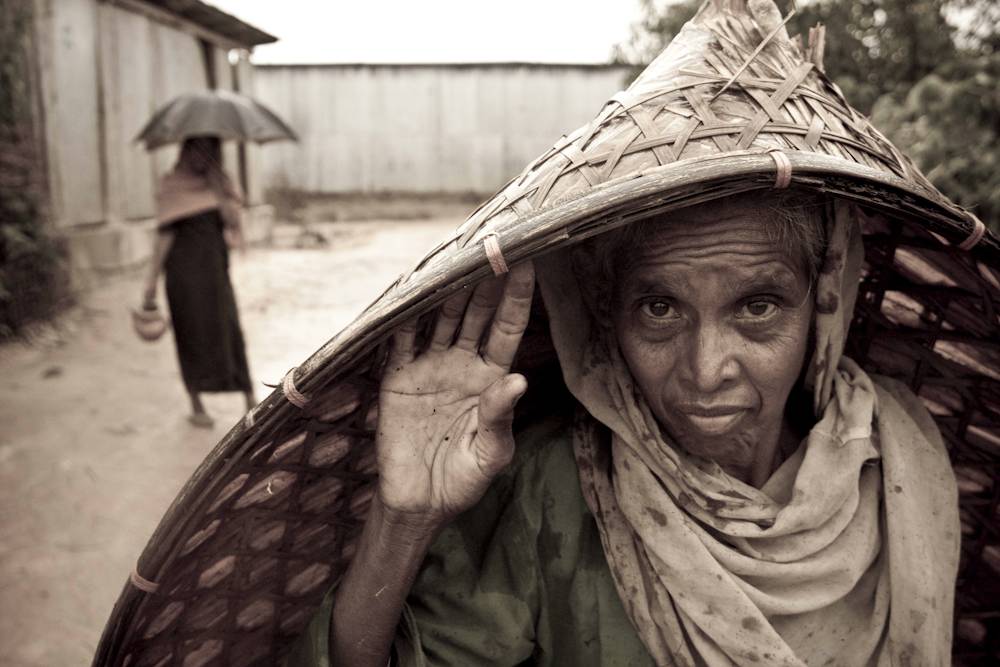 Photo © Sheikh Rajibul Islam-All Rights Reserved
The Rohingya, a Muslim ethnic group of the Northern Arakan State of Western Burma, are denied citizenship and suffer persecution and discrimination in Myanmar. Hundreds of thousands have fled to Bangladesh. An estimated 25,000 unregistered Rohingya refugees are living in the Kutupalong makeshift camp in Bangladesh, and are being forcibly displaced from their homes, in an act of intimidation and abuse by the local authorities. Few have been granted refugee status. The majority struggle to survive, unrecognized and unassisted in Bangladesh.

Precious little on Sheikh Rajibul Islam's background is available on the internet, although he is listed on Lightstalkers as a Bangladeshi documentary photographer and film maker. Rajibul has also worked with Benjamin Chesterton of duckrabbit in Dhaka, where they have been working on a documentary about the effects of climate change on Bangladesh.

Thanks to Benjamin Chesterton of the incomparable duckrabbit for bringing Rajibul Islam to our attention.
Posted by bella at 3:30 AM